Duke Box #31: Our Guide to the Best Films on TV 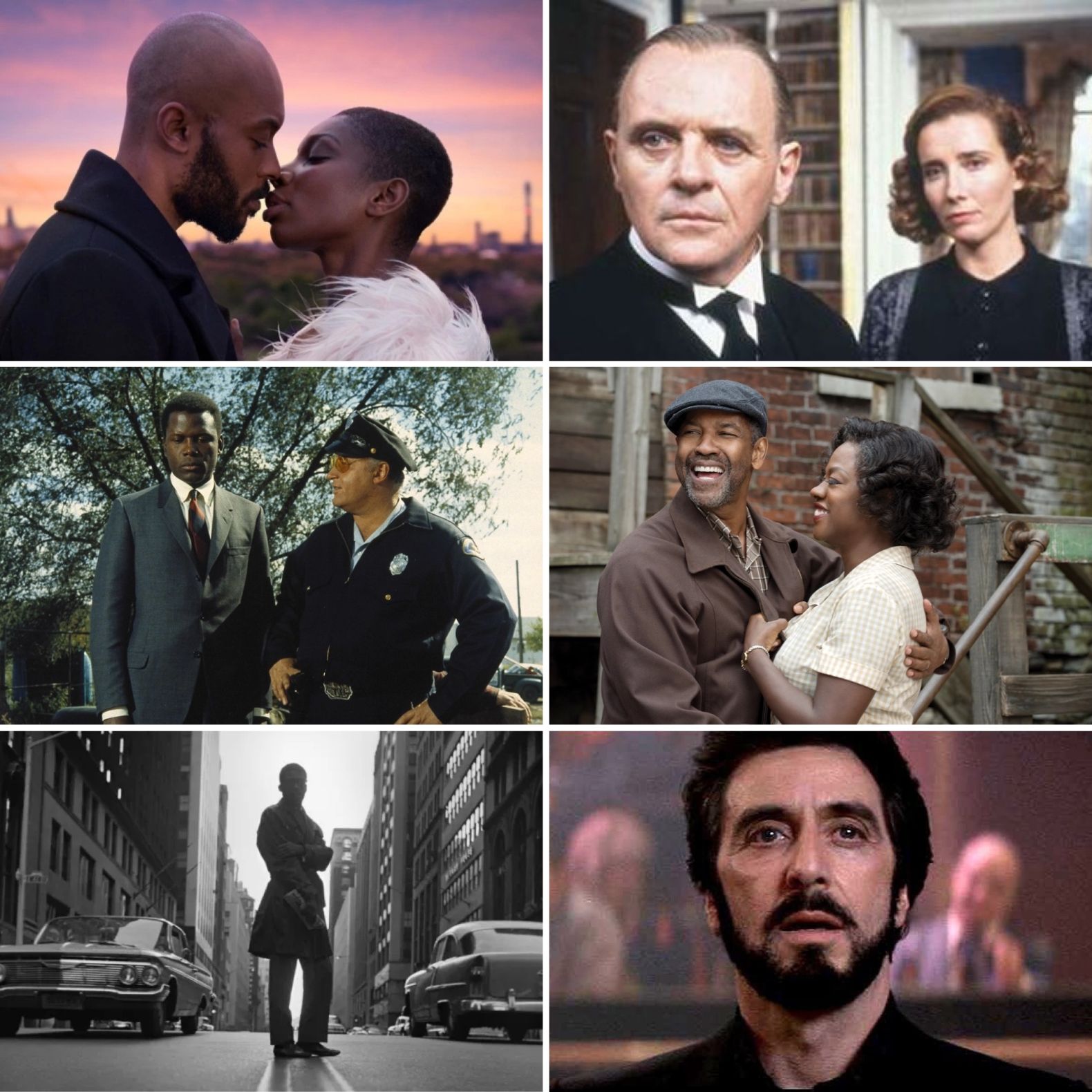 Denzel Washington, Sidney Poitier, Emma Thompson, Anthony Hopkins, Al Pacino, Viola Davis, James Stewart - there sure are some big hitters on the small screen this week and each one giving a quite brilliant performance.

Check out what they're in and what's on in this week's recommendations.

There’s a chance to look at the birth of Motown and the Detroit music scene of the mid-20th century in Hitsville: The Making of Motown, which features archive footage and interviews with music icons like Mary Wilson, Martha Reeves, Smokey Robinson and Stevie Wonder all cropping up. You might think that Islands in the Stream is also music-related, but this is no Dolly Parton & Kenny Rogers duet. Instead, it’s an Ernest Hemingway adaptation about George C. Scott’s isolated sculptor who is visited by his sons in the Bahamas just before the start of WWII. A fine cast of Scottish talent, including Bill Paterson, Clare Grogan and Alex Norton, line up for Bill Forsyth’s comedy Comfort & Joy about duelling Italian families and ice cream van turf-war in Glasgow. Finally, a classic: the brilliant Sidney Poitier stars as a detective tasked with investigating a murder in a hostile and racist town, alongside a bigoted sheriff (an Oscar-winning Rod Steiger). “They call me Mister Tibbs” is a line for the ages.

For anyone craving some stage on screen, there’s Bellini’s opera Norma to indulge in on Sunday morning – a suitably lavish production from 2016. The afternoon sees Eddie Redmayne’s Oscar-winning turn as Professor Steven Hawking in biopic The Theory of Everything (keep an eye out for a fleeting appearance from French footballer Frank le Boeuf), before black-and-white horror Creature from the Black Lagoon, a Universal Monster classic. Charlton Heston, Robert Mitchum, Glenn Ford, Henry Fonda, James Coburn and more all line up for Battle of Midway, a thrilling dramatisation of a key WWII battle, while James Stewart takes the lead in Western Shenandoah, whose story of a family wanting but unable to stay out of the American Civil War leans allegorically into the conflicts and context of 1960s America when the film was made. Director Kathryn Bigelow followed up her Oscar-winning war film The Hurt Locker by reteaming with writer Mark Boal for Detroit, a film inspired by the accounts of the 1967 Detroit riots which saw a police raid at a motel spiral into retribution. John Boyega, Antony Mackie and Will Poulter star. Finally, there’s the second instalment of Edgar Wright’s Cornetto Trilogy (and my personal favourite) Hot Fuzz, a fabulously funny homage to action films, buddy movies, British horror and murder mysteries that sees a super-skilled police officer transferred to an idyllic village that’s harbouring a very dark secret. Sean Pegg and Nick Frost make for a brilliant main partnership, with a stacked cast including Jim Broadbent, Billie Whitelaw, Paul Freeman, Edward Woodward, Anne Reid, Alice Lowe and a scene-stealing Timothy Dalton who’s having the time of his life.

Deborah Kerr is a young Lancashire woman forced in contemplating becoming a wealthy man’s mistress to support her own family in the powerful drama Love on the Dole in the afternoon. Meanwhile at 9pm there’s a choice between Denzel Washington’s play adaptation Fences and David Fincher’s thriller The Game. The former sees the actor star alongside an Oscar-winning Viola Davis as the father of a working-class family struggling with the events of his life, while the latter has Michael Douglas’ wealthy, lonely banker watch his life turn upside down after he is invited to take in a mysterious game.

A beautifully bold and contemporary slice of romance and music set in Camden Town, Been So Long sees the brilliant Michaela Cole star as a single mother who meets and falls for a handsome stranger in one night. The original songs are written by Arthur Darvill, who you might recognise from Doctor Who (the Matt Smith years) and Broadchurch. Either side of that, there’s drama Frieda about an RAF pilot returning home from the war to his English village with a German bride who helped him escape after he was shot down, and beautiful Marathi film Naal, which follows a mischievous young boy on an emotional odyssey to find out the truth about who he really is.

Filmmaker Sidney Lumet takes on a John le Carre novel with spy feature The Deadly Affair, which sees James Mason star as an English secret agent who sets out to investigate whether a colleague did take his own life or if the situation is more sinister. Elsewhere, Brian de Palma’s stylish Carlito’s Way follow a former convict looking to get on the straight and narrow following his release from prison but finding himself dragged back into drugs and crime by old friends. Al Pacino takes the lead, while a near-unrecognisable Sean Penn pops up in support.

James Mason, Margaret Lockwood (in villainess form), Stewart Granger and Phyllis Calvert star in melodrama The Man in Grey, an adaptation of Lady Eleanor Smith’s novel of a violent Marquis who marries a young woman to produce an heir whilst beginning an affair with her ambitious and conniving friend. A little more contemporary, Second Coming, starring Idris Elba, about a husband who faces a mysterious crisis when his wife reveals that she is pregnant – despite the lack of sex in their marriage and her resolute faithfulness. A love story, a bleak British drama and exceptionally strange in parts – it’s a bold concoction.

There are a couple of interesting looking music documentaries on in the evening. Suzi Q is a close-up profile of US rock ‘n’ roll singer Suzi Quatro, featuring clips and snippets with the performers who broke out with her and have been inspired by here (ranging from Debbie Harry to Joan Jett). Meanwhile, Blue Note Records: Beyond the Noise is a thrilling journey behind-the-scenes of a pioneering label that has played a pivotal role in the careers of influential jazz musicians. Film of the day though – and one of my personal favourites – is Merchant Ivory’s quite beautiful adaptation of Kazuo Ishiguro’s Booker Prize winner The Remains of the Day. Anthony Hopkins stars as a devoted butler in 1930s Britain who tends to put himself to one side to serve the lord of the manor, challenged in part by the arrival of housekeeper Miss Kenton (Emma Thompson). It’s quite remarkable really that Hopkins didn’t scoop an Oscar for this quite brilliant performance, while Thompson is in top form. There’s also great turns from James Fox, Christopher Reeve and Hugh Grant – and a sublime scene with a book.