Duke Box #30: Our Guide to the Best Films on TV 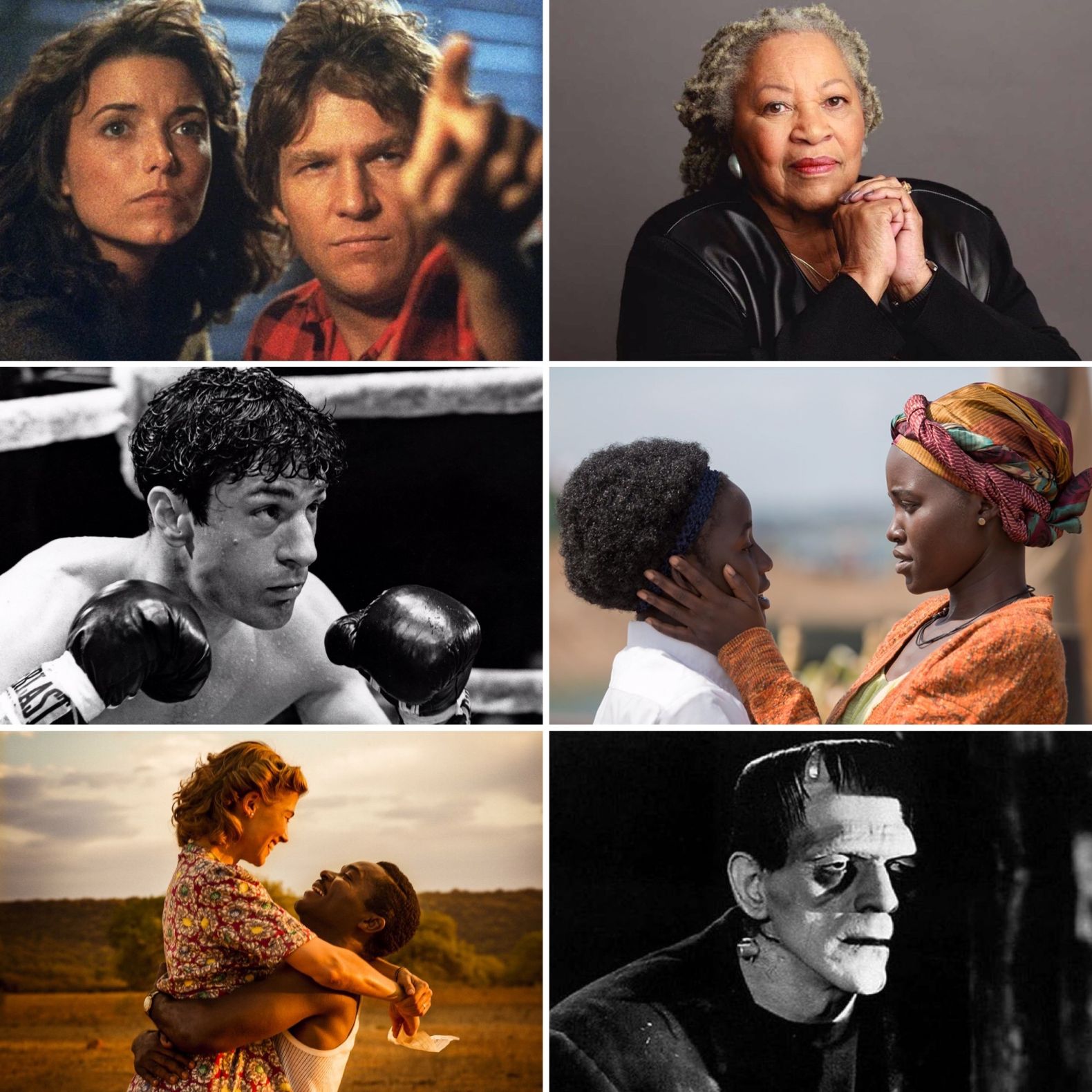 With our cinema back open and all sorts going on we might do some experimenting with the Duke Box format and other online cinema content in the next few weeks - but in the meantime here's a list of recommendations for this coming week. There are some really great documentaries lined up & a lot of late night gems that are definitely worth staying up for or hitting the record button, from Scorsese's knockout Raging Bull to British doc Being Blacker.

It’s a day of real-life stories (bar a bit of Marvel in the evening). There’s an early morning nature documentary about a newborn monkey and his mum journeying through ancient ruins and vast jungles in Disney’s Monkey Kingdom (narrated by Tina Fey). Disney then take a turn to the biographical in the charming Queen of Katwe, a really lovely film about a young Ugandan girl whose life drastically changes when she starts to become a whizz at chess. Directed by Mira Nair (Monsoon Wedding), Lupita Nyong’o and David Oyelewo co-star. Documentary Toni Morrison: The Pieces I Am celebrates and explores the life, works, themes and undeniable influence of one of the greatest writers and storytellers, while Teddy Pendergrass: If You Don’t Know is a must for music lovers, following the life of career of soul superstar Teddy Pendergrass, lead singer of Harold Melvin & the Blue Notes and the first male African American artist to record five consecutive platinum albums. There’s a touch more Disney in Captain America: The Winter Soldier – a Marvel film that channels 1970s’ conspiracy thrillers (yes really), has Robert Redford and Jenny Agutter among the cast and is also my personal favourite of the series. Finally, destructive boxer Jake LaMotta gets the big screen treatment in Martin Scorsese’s exceptional Raging Bull, a beautiful, brutal and operatic film about violence, rage and self-destruction. De Niro took home the Oscar, as did editor Thelma Schoonmaker, whose work on the boxing scenes is quite spectacular.

People might associate John Carpenter with suspenseful horror, sci-fi and a fair bit of dystopic action (Halloween, The Thing, Assault on Precinct 13), but Starman is such a sweet and tender sc-fi romance. Jeff Bridges stars as an alien who assumes the form of widow Karen Allen’s dead husband, asking her to drive him across country and away from the government as he performs small, remarkable acts along the way. If you keep recording on The Horror Channel too, there’s Boris Karloff’s iconic turn as the Monster in James Whale’s classic Frankenstein. French drama The Guardians tells the story of the women left to maintain a farm while their husbands and sons fright in WWI, while the biographical A United Kingdom, starring Rosamund Pike and David Oyelewo, details the loving but controversial romance between Seretse Kharma, heir to the throne of Bechuanaland (later Botswana), and white British clerk Ruth Williams in the 1940s.  Scandinavian gem Force Majeure rounds the day off; directed by Ruben Östlund (The Square), this darkly comic drama about a marriage that goes downhill after the husband prioritises saving himself rather than his family when an avalanche hits their skiing holiday.

A little gem of an American indie with a documentary feel to it, Crystal Moselle's Skate Kitchen follows a suburban teenage girl as she becomes friends with a group of other skateboarding girls in New York City. Meanwhile, a fascinating documentary about a pivotal figure in the British reggae scene and the Brixton community, Being Blacker follows three years in the life of Blacker Dread, a record shop owner and music producer. It’s a lovely, affectionate look at not just the charismatic man but the generations and family surrounding him and the effects of a changing society.

A couple of tense tales based on 1970s history here. Political thriller Call Girl, based on an actual political scandal from 1970s Sweden, follows a teenager who is recruited by a powerful madam into a prostitution ring for high-ranking officials. Meanwhile, Hindi-language crime-drama Raazi tells the story of a Kashmiri woman who marries a Pakistani army officer to spy on the country during the 1971 Indo-Pakistan war.

Two late night ones but worth a watch. Filmmaker Ken Loach and actor Peter Mullan are quite the combination and they team up in My Name is Joe, the story of an unemployed alcoholic who feels love start to grow with a community health worker in a tough Glaswegian neighbourhood. Elsewhere, the also excellent Jake Gyllenhaal stars alongside Naomi Watts and Chris Cooper in Demolition, a comedy-drama from Jean-Marc Vallée (Wild, The Dallas Buyers Club) about a successful banker who spirals after losing his wife in a car accident. Vallée enjoys a good soundtrack and this one is also great – shout out for including Heart’s ‘Crazy On You’.

Another great documentary for the week, White Riot takes a look at the Rock Against Racism movement of the 1970s – a stirring combo of great music and grassroots activism in response to growing bigotry. Music plays a big part, albeit more croony and less The Clashy-y in romance-drama The Fabulous Baker Boys, which sees Jeff and Beau Bridges star as two struggling musician-brothers whose lives are changed when they team up with Michelle Pfieffer’s up-and-coming singer. Finally, there’s adolescent infatuation in Scottish coming-of-age favourite Gregory’s Girl, directed by Bill Forsyth (Local Hero), about a young lad who falls for the female football dynamo who shows up his team.