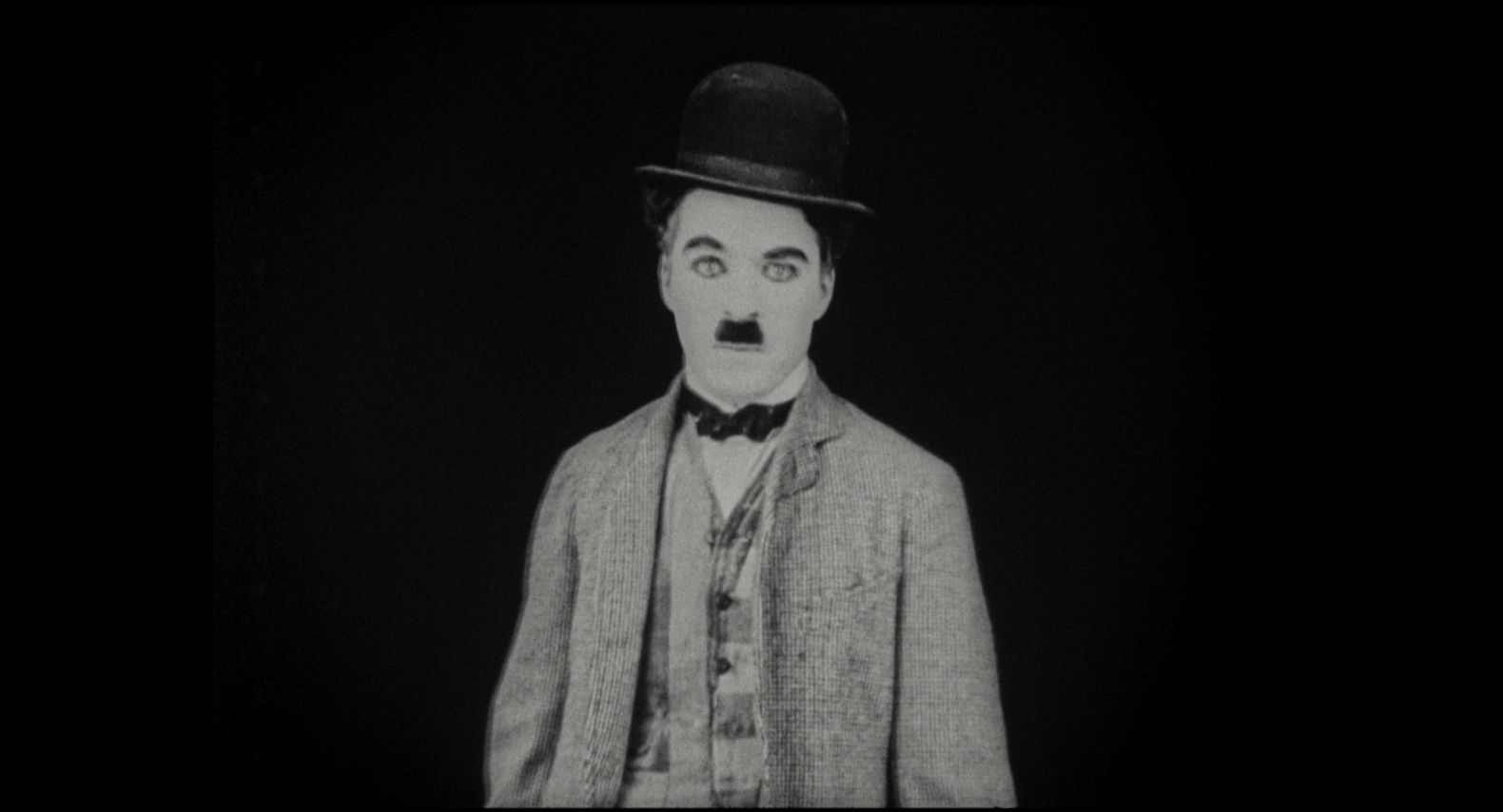 With the release of the new film The Real Charlie Chaplin, which examines the life of one of cinema’s most enduring icons, we’ve asked Film Lecturer Dr Bruce Bennett to pick his Top Three Chaplin films for us to screen. In this guest blog Dr Bennett explains the reasons behind his three choices.

Asked to suggest three feature films by Charlie Chaplin for screening at the Dukes, I’ve selected three films that give a sense of his development: a classic silent film, a transitional film that demonstrates his innovative approach to sound, and a talking picture that shows another side of Chaplin as director and performer. 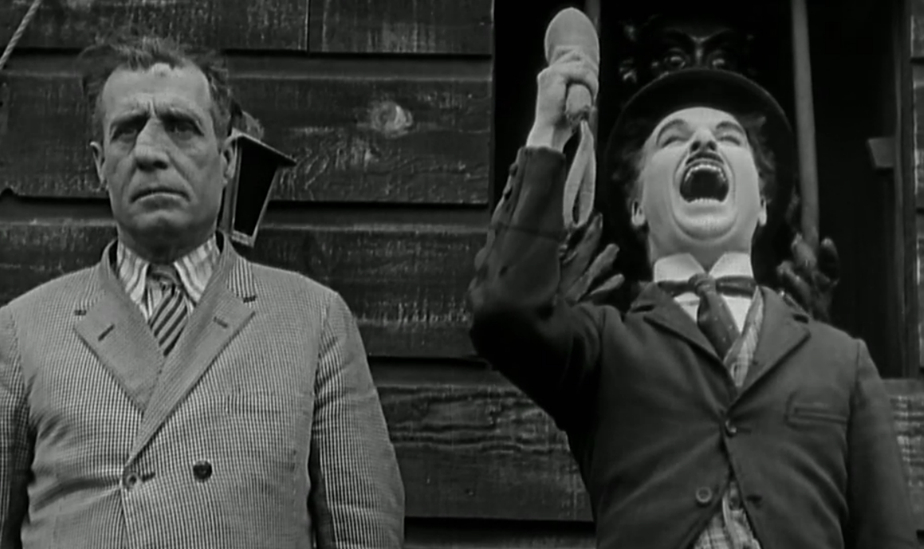 A fire that destroyed Chaplin’s studio during the shoot, a running battle with the IRS over unpaid taxes, and an ugly divorce case resulting in a record settlement, meant that it took two years from the beginning of shooting in January 1926 for the Circus, Chaplin’s fourth feature, to be released. Perhaps because of its unhappy production history, the film is not mentioned once in Chaplin’s lengthy 1964 autobiography, but, nevertheless, it is a beautifully structured film. It recounts the story of a tramp - the character Chaplin had played since his second film, the 1914 Keystone Studios short, Kid Auto Races at Venice - who happens upon a travelling circus and is employed as a clown.

It is the ideal scenario for a silent slapstick comedy, providing the narrative pretext for a string of physical stunts and tricks. The Circus is thus a film about performance. It exposes the backstage mechanics of putting on a show and, in showing us the tramp’s repeated and unsuccessful attempts to succeed as a circus clown, offers an exploration of the nature of comedy.

Like many comic characters, Chaplin’s tramp is an inveterate outsider, a tragicomic figure, whose nonconformity is underlined by his chaotic appearance and characteristic walk. He misreads basic social cues and struggles with tasks as simple as negotiating a staircase or eating a meal in a restaurant, and so, unlike the heroic protagonists of other films, is fated to fail, destined always to end up on his backside. The circus ring is the perfect, circular symbol for the lack of progress the tramp makes: never moving forwards, never escaping, always ending up back where he started. For Chaplin, the setting of the circus also reminds us of cinema’s roots in unpretentious popular entertainment, a genealogy that he saw as crucial to the medium’s identity, hence his self-deprecating description of this film as ‘low-brow comedy for high-brows’.

The Circus is screening on Saturday 19 March. 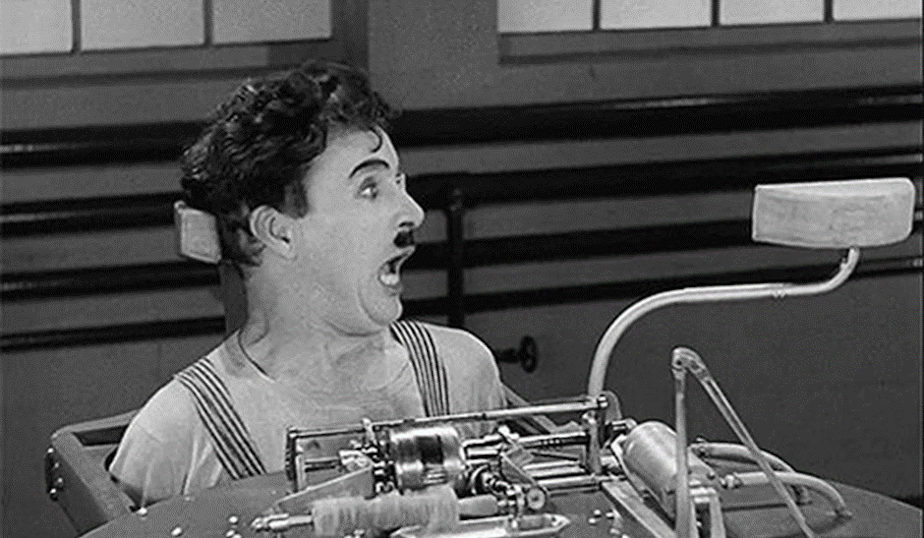 Modern Times is probably Chaplin’s best-known film, released at the peak of his fame, when this man, who had grown up in such poverty he was committed to a South London workhouse at the age of seven, was almost certainly the most recognisable individual in the world. The images of Chaplin working on an assembly line and ensnarled in the mechanism of a gargantuan industrial machine are some of the most familiar images of the star.

The title is an indication of his ambitions to make a film that was grand enough to match his global stardom, and this was also the first of his films to use a shooting script; up until this point he’d relied upon improvisation in front of the camera to work out the stories, an approach that was common when making slapstick shorts, but was increasingly impractical with logistically complex feature films. The film tells the story of a factory worker who loses his job and then struggles to survive as he is thrown from one situation to another. It is an episodic film, built out of discrete chapters, almost like a compilation of short films. Apparently inspired by newspaper stories about farm workers driven to breakdowns after moving to the cities to work in factories, Modern Times appears to be set in contemporary America, and so can be interpreted as a critical commentary upon US capitalism in the wake of the great depression. Reviewing it on its release, novelist Graham Greene complained that Marxists would ‘claim it as their film’, but in retrospect it’s clear that the film is a much less partisan response to the challenges of modern life. The strategic vagueness of the setting, and its visual similarity to European and Soviet films of the period, mean that it is presented as a universal fable.

Chaplin shared the opinion of some film-makers and critics that the widespread introduction of sound cinema in the late 1920s had destroyed the imaginative potential of the medium, reducing it from a sophisticated art form to mundane realism. Consequently, he resisted the pressure to produce synchronised sound films for several years. His previous film, City Lights (1931), had music and sound effects but no speech, and Modern Times was Chaplin’s first film to incorporate spoken lines, although, defiantly, he still retained intertitles and long dialogue-free passages. Nevertheless, this is the first film where we hear Chaplin’s voice on-screen, although the moment is withheld, dramatically, until a virtuoso moment towards the end of the film. As if to underline the fact that he was leaving the silent cinema behind, this was also the last film where Chaplin played the tramp. 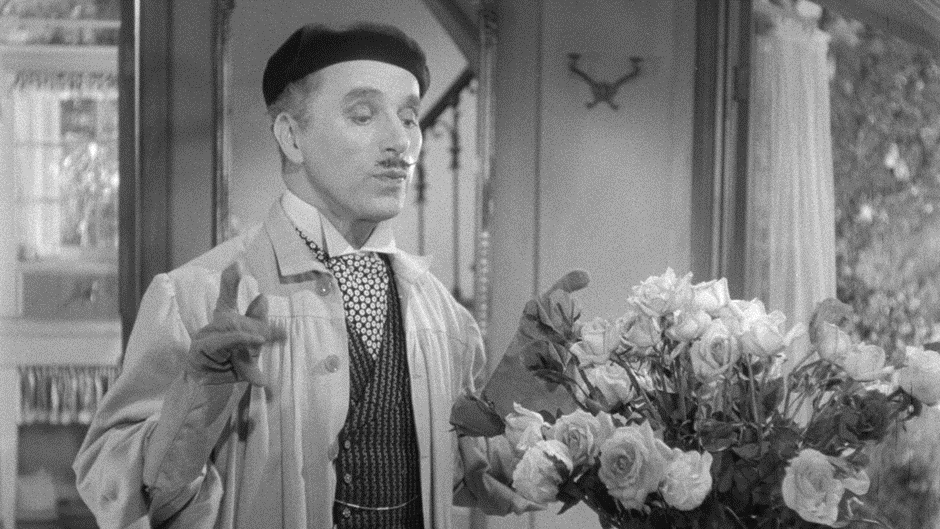 ‘Chaplin Changes! Can you?’, asked the original posters for this film, indicating that it was the first film since the early silent comedies in which Chaplin, sporting naturally white hair and a genuine, primly waxed moustache, played a character that bore no resemblance to the tramp. As director Claude Chabrol observes, this was also the first full talking picture directed by Chaplin, since, although there are visual references to earlier films scattered throughout the mise-en-scène – revolving doors, dancefloors, a flower shop and a bowler hat – there are virtually no slapstick gags. Made shortly after the industrial slaughter of the second-world war, this film about a serial killer, based on the French murderer, Henri Landru, is an improbably light comedy. Chaplin’s previous film, The Great Dictator, was uncompromising in its attack on fascism, but the ambiguous moral tone of this satirical film makes for far more cutting and uncomfortable viewing.

Like The Circus, this is also a film about performance. The polygamous Verdoux is a performer who thrives by passing himself off as a series of different characters, but one of the delights of the film is watching a very different sort of performance from Chaplin. What makes his acting in the silent films so fascinating is the combination of acrobatic grace and physical dexterity that allows him to swerve and glide around his heavy-footed antagonists; as Nijinsky observed to Chaplin in 1916, ‘Your comedy is balletique, you are a dancer’. Although it’s not a slapstick film, Chaplin dances through Monsieur Verdoux with just as much physical precision and apparent' effortlessness as he did in any of his earlier films.

Dr Bruce Bennett is a senior lecturer in Film Studies at Lancaster University where he teaches on a variety of topics including Transnational Cinemas, British Cinema and Silent Film.

The Real Charlie Chaplin is screening at The Dukes from Tuesday 15 March.