My Voluntary Experience at The Dukes 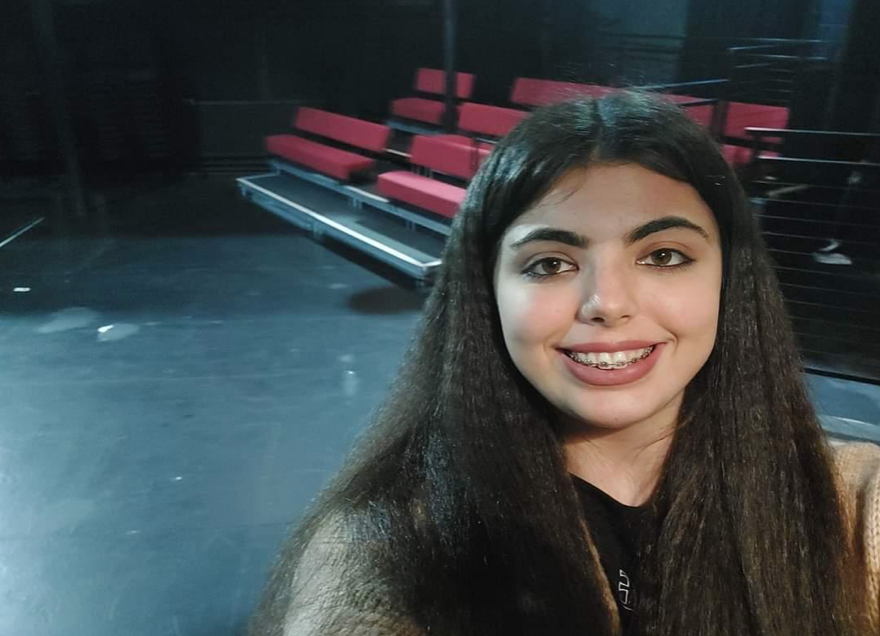 Hello, I’m Lara; a third-year undergraduate student at Lancaster University studying a joint major in English Literature and Language. As part of my studies around Culture, Heritage, and Creative Industries, I was allocated a placement at The Dukes. Here's how it went...

Anyway, as someone who is mixed-race, I’ve always thought that more diverse cultures, races and ethnicities should be explored in social community settings, and the Dukes does just that. Whether it’s hosting workshops for their youth theatre, forming meaningful relationships with creative freelancers, or supporting schools in the district with creativity in the classroom. There is a lot going on.

I was greeted by Carl Woodward, the Creative Communities Manager, who showed me around the small, but wonderful, Moor Space - a 50 seat studio theatre, used for emerging fringe performances and for community workshops. During my placement we discussed the importance of buildings in the arts, which is a topic I would later address with Matt Woodhead, the Co-Artistic Director of LUNG Theatre, and though we’re often told ‘don’t judge a book by its cover’, I found my first impressions of the converted church to perpetuate the reality of underfunding that underpins arts spaces.

I hadn’t had much experience with theatre before visiting The Dukes - apart from watching annual pantomimes and the odd West End shows; it’s easy for us to watch a show, and then leave, distracted by the glittering lights and star performances. So often we don’t consider what happens ‘behind-the-scenes’ as staff navigate setbacks, staff shortages, funding challenges and the ongoing effects of the pandemic.

My Experience As a Journalist

During my time on the placement, I interviewed some of the Dukes’ working partners, the first being Eleanor Denvir from Global Link, who runs a weekly drop in at the YMCA for Asylum seekers and refugees.

I first asked her: “How do you think you can benefit The Dukes and vice versa?”

Eleanor explained that by partnering with the Dukes, together they are able to increase refugee outreach and the diversity of people that Global Link engage with. The Dukes offered free cinema tickets to asylum seekers who wouldn’t normally be able to afford it, and Eleanor further expressed how this demonstrates the way in which the theatre caters for people of all backgrounds, not just a narrow band of ‘artsy,’ middle-class individuals. I noticed this throughout my placement in the Creative Communities department, as Carl provided smartphones through the Tesco community foundation for the parents of Young Company members who were receiving bursaries. With the help of the Dukes, those parents were able to stay connected with the Young Company, opening up a once closed opportunity for local young people growing up in areas of deprivation.

I also asked Eleanor about the prospect of further collaborative projects between the Dukes and Global link, and what the outcome of those might be. She explained that - though there

is the possibility of future projects being developed - Global Link and the Dukes often set a target or outcome that they desire and then work towards it; a true inclusive mindset and serves the local ecology.

Right now, the main aim is to ensure that local refugees and asylum seekers that Global Link works with have unhindered access to what Lancaster and the surrounding areas have to offer.

A week later, I also spoke to Matt Woodhead, Co-Artistic Director at LUNG theatre, after we visited UCLAN in Preston. Matt first explained to me how his work aims to amplify hidden voices through using verbatim theatre, talked about his past collaboration and plans for the future:

“So, The Dukes is a theatre that two of LUNG's shows have toured to. We brought Who Cares and Trojan Horse to the theatre. I'm excited to be working with them as lead artiston the Young Carers’ takeover with Barnardos.” – Matt Woodhead

Who Cares and Trojan Horse saw great success and examined how culture can create narratives that destroy people’s lives. However, the reason for our visit to UCLAN was to tour children from challenging backgrounds around the campus and show them the opportunities that are available in education. Though common stereotypes limit university to being an amenity for the privileged, I believe that with enough drive and hard work, anyone can get there. In this regard, the work done by LUNG Theatre and the Dukes proves that university students don’t have to be part of a homogeneous privileged group.

Finally, I spoke to Lancashire City Council’s Team Leader in Teaching and Learning

Ethnic Minority Achievement Service about the participatory work that the Dukes does with local Gypsy, Roma and Traveller communities in association with Lancaster University: “The Dukes does invaluable work with the members of the Lancashire GRT Community and many others beyond. Their current engagement work gives a voice and opportunity for self-expression to young GRT women is a particularly important project as there are not many projects nationally focusing on this group and aim.”

My Experience as an Observer (Visiting Loyne Specialist School)

I also visited Loyne Specialist School to take part in a workshop held by Emma Rucastle, a freelance theatre practitioner. She has recently worked extensively with GRT communities on a project called Our Voice, an industry-leading project about finding hidden stories. Emma also delivers work for the Dukes weekly for pupils with multiple and profound disabilities. She employs roleplay to engage them in practising the skills needed for everyday social situations. I found this to be particularly eye-opening as it revealed the inequalities in skills that are thought to be acquired naturally and showed the role of the arts in providing children with these transferable life skills. It was powerful to see the hard first-hand the work that the young people were putting in to impress Emma and their teachers and I had to leave them with one final message: “You’re all amazing.”

What I have taken from The Dukes

In retrospect, I can confidently say that when I started this placement, I thought that it wasn’t going to be for me. Theatre wasn’t something I thought I would be interested in. However, to try and convey what the Dukes is, I will turn to a quote from Charlotte Knipe, who works in the department after completing the KickStart job scheme and now helps out administratively on various projects: “The Dukes is a very lively place, there is always something happening. We work with so many different people from different backgrounds from the local area and despite it sometimes feeling like a marathon to get anywhere, it is always worth it.” – Charlotte Knipe

The Dukes goes much further than merely being a theatre or cinema, it’s a centre of vibrant and inspiring activity and fully realises that community is the key to theatre’s future. I’ve formed a meaningful and nourishing connection with it. I can’t wait to visit again as an audience member.