Toil And Trouble At The Double 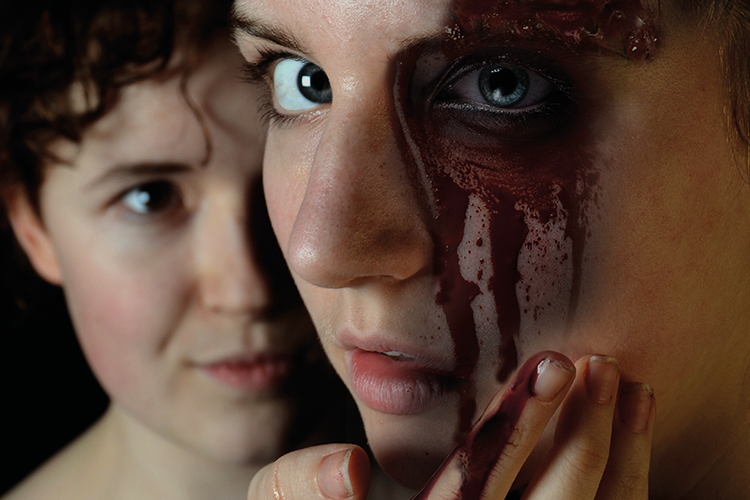 Tickets for our Young Actors version of Macbeth which opens tomorrow have been selling like hotcakes!

There's standing room only for the Scottish play which runs from March 22-25 in The Round.

A female Macbeth - Ciara Adams -  and male witches appear in this fresh retelling of Shakespeare's famous play which follows The Dukes Young Actors successful production of The Crucible last year.

Drawing on James I’s obsession with witchcraft, this gruesome classic about a husband and wife who share a murderous ambition to obtain absolute power, stoked a fire dramatically felt in Lancaster months after its first performance during the trial of the Pendle witches.

It is Lancaster’s connection with witchcraft which partly inspired Director Liz Stevenson to choose Macbeth for The Young Actors annual production.

Liz won the 2015 JMK Young Director Award for Barbarians at the Young Vic which was nominated for an Olivier Award last year. She has also been Assistant Director on many shows at Manchester’s Royal Exchange and Hampstead Theatre, The Gate and Menier Chocolate Factory in London. She is the recently appointed Associate Director at Theatre by the Lake, Keswick.

Liz has a particular interest in horror and thrillers and her version of Macbeth, which is recommended for anyone aged 10 plus, will be gritty and very physical with original music.

To grab what tickets are left, ring The Dukes box office on 01524 598500 or visit www.dukes-lancaster.org