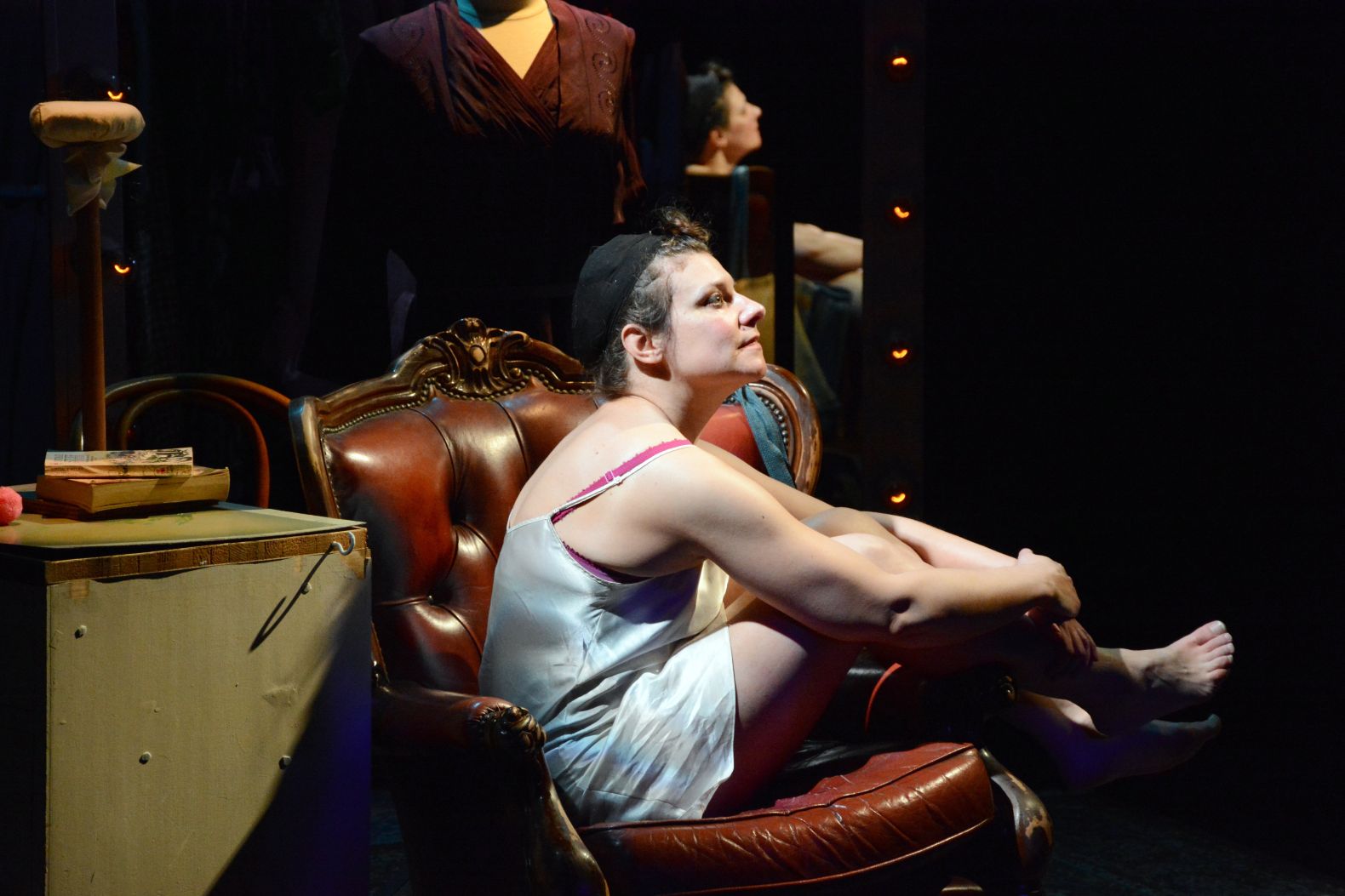 We're looking forward to the imminent return of UK Theatre Awardwinning Polly Lister and her popular one woman show - I Was A Wife. Polly premiered her autobiographical play - the first she'd written - here a year ago and it received such a great response including many standing ovations, that she's giving more people the chance to see it, not only here but also on tour. I Was A Wife tells of the rise and fall of Polly's marriage through the various roles she’s played and is a funny, powerful show for anyone who has ever loved, lost and who wants to love again. Set in various theatre dressing rooms, it blends songs with storytelling and high energy performance in an intimate exploration of love, loss and the search for answers. Polly has described writing and performing the play as a baptism of fire: “Nothing has scared me more. It was the first time I’d written a play and performed a one woman show but it was good for me to channel my emotions into something positive. I Was A Wife is for anyone who feels an injustice has happened to them because they’re not wanted any more whether personally or professionally,” she said. Polly's tour-de-force performance can be seen here from February 15-22 and on March 3 & 4 as well as at Theatre by the Lake in Keswick from February 23-25 and Chipping Norton Theatre from February 28-March 1. I Was A Wife, age guidance 12+, is the first of our three homegrown productions for spring/summer 2017. A new co-production of The Island with Chipping Norton Theatre will run from April 27-May 6 prior to a national tour and from July 4-August 12, we return to Williamson Park for our 30th anniversary outdoor walkabout version of Treasure Island.