Read All About A New Comics Exhibition 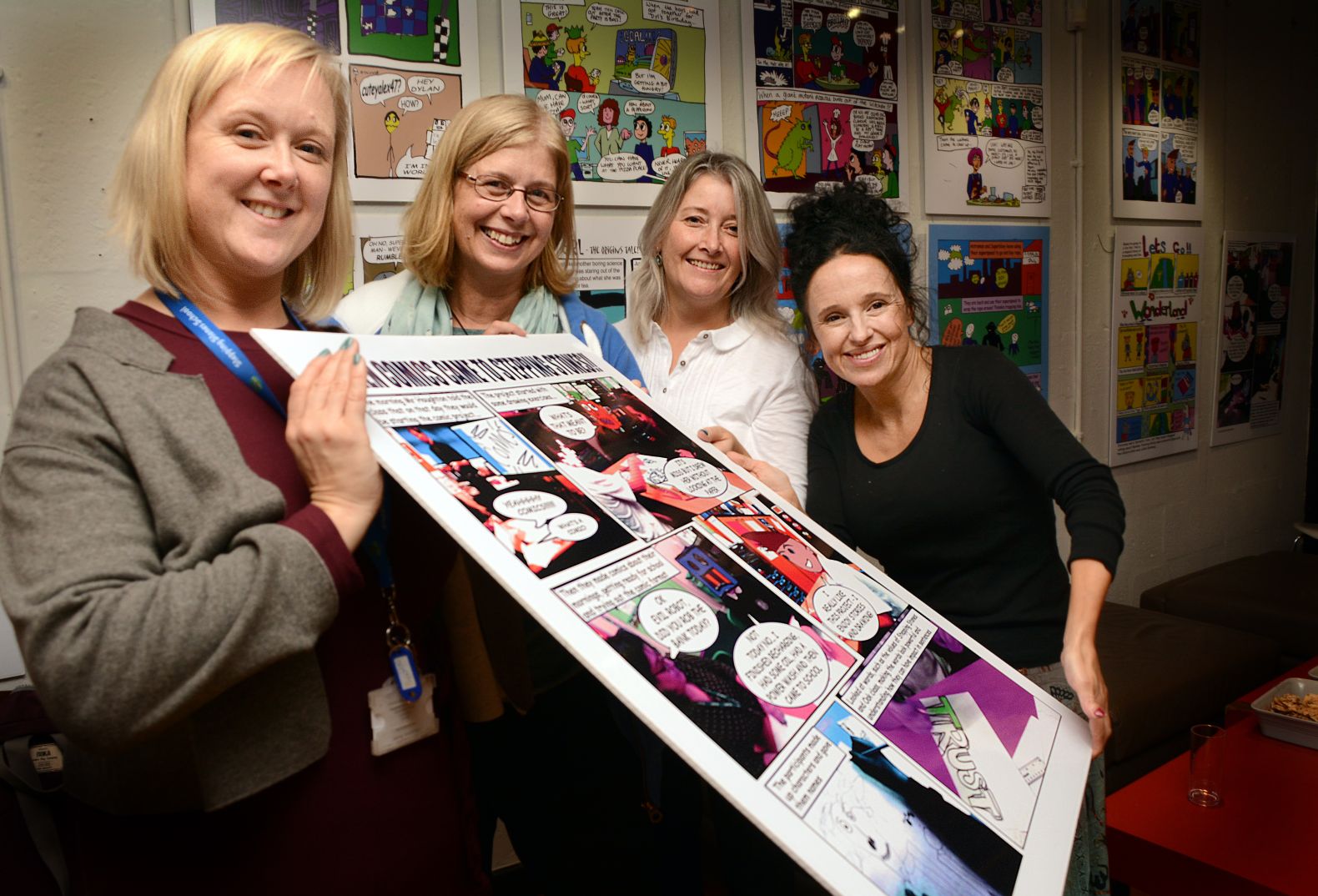 Our awardwinning comics project helping young people to improve their literacy is being celebrated with an exhibition here at The Dukes.

The Comic Literacy Project is part of our Cultural Partnership with Lancaster University which provides cultural outreach activities to young people, especially those facing barriers to education.

The Partnership has won the North West Cultural Education Award in 2017 and 2018.

Over the past year, students from Stepping Stones Pupil Referral Unit in Lancaster and Heysham High School facing the transition from primary to secondary school have been creating comics to encourage storytelling and creative writing skills.

“The aim of this project was about raising literacy attainment levels and improving young people’s confidence in reading and writing,” said The Dukes Creative Learning and Outreach Manager, Vicky Fletcher.

The pupils have been mentored by Preston comic artist Ben Hunt and supported by two researchers from Lancaster University’s Educational Research department and ReOPeN, Dr Natasa Lackovic and Dr Nicola Ingram who evaluated the project, wrote a report for Stepping Stones and organised an exhibition of the pupils' work in the University's Peter Scott Gallery last year.

The project also gave the young people opportunities to see behind-the-scenes of The Dukes, spend time in the University’s graphics department and attend workshops.

The culmination of the project has seen both schools produce their own comic books and their illustrations entitled Miss Potato Head And Friends are on exhibition in The Dukes gallery until November 24.

Miss Potato Head And Friends will then tour to Lancashire libraries.

Everyone taking part in the project has earned a Bronze Arts Award which, for some, is the first certified qualification they have achieved.

“This Partnership had a very positive impact on engaging some reluctant readers, giving them valuable aspirations and experiences they can take into their futures,” said Diane Sheron from Stepping Stones.

Dr Lakovic said: “It was absolutely fantastic to work with everyone engaged on the project. The partnership supported the pupils to move from no interest in books and comics to 100% interest shown in both, as reported by their teacher and, importantly, enhanced their sense of well-being and self-image.

In the longer term, it is hoped that the comic books stories could become radio or theatre dramas.

We are keen to roll the project out to other schools. Anyone interested should contact Vicky Fletcher at vfletcher@dukes-lancaster.org or ring 01524 598522.