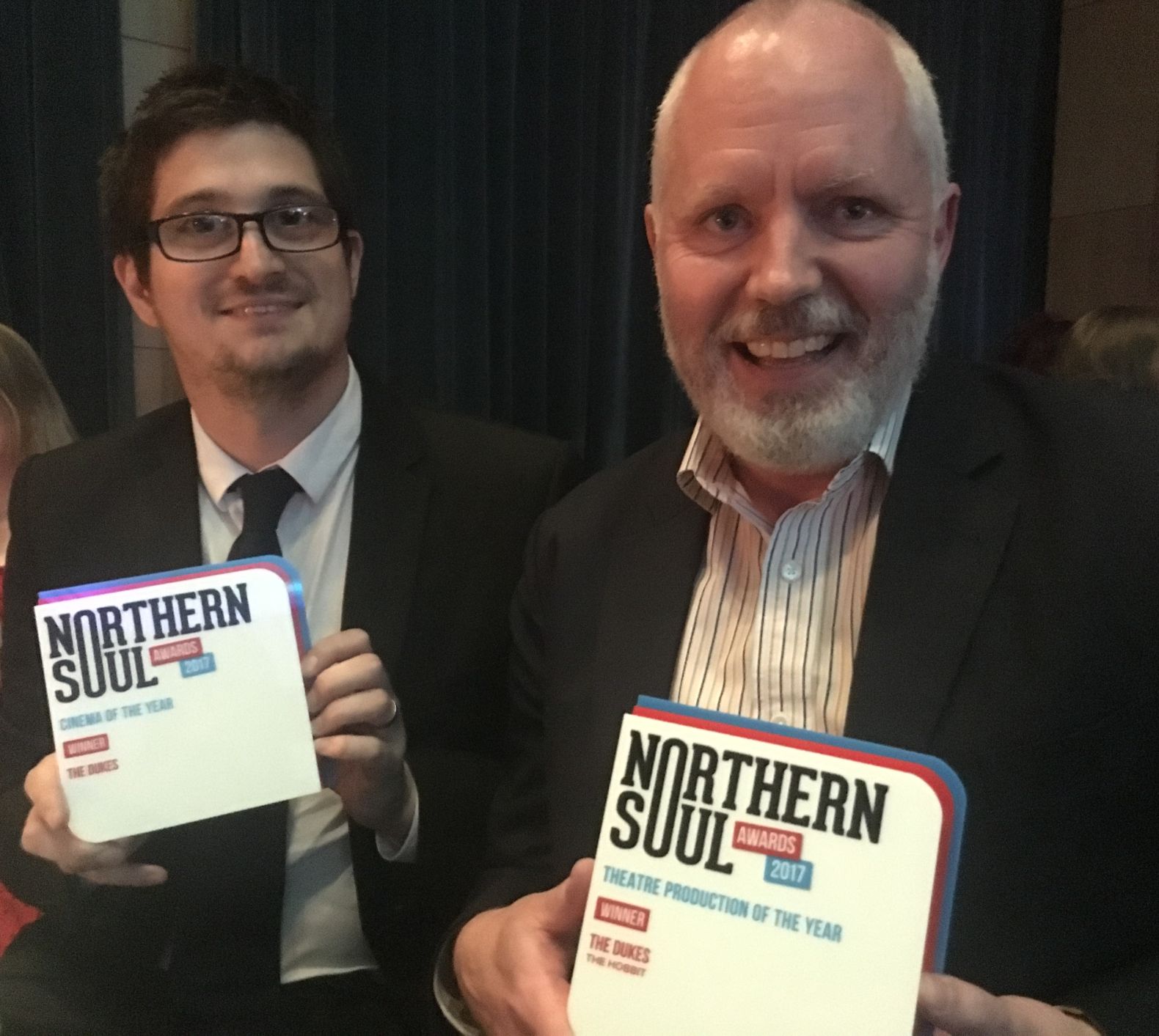 The Dukes is the life and soul of the North for cinema and plays after scooping two new awards.

We won Best Cinema and Best Theatre Production at the inaugural awards launched by Northern Soul, an online guide celebrating the region’s exceptional culture and enterprise.

Despite relatively limited resources in terms of time, people and money, our cinema does an incredible job, according to the awards judges.

“They break down the walls of cinema, making it a truly community focused experience,” the judges said.

Our 2016 outdoor walkabout production of The Hobbit won the Best Theatre Production Award to add to its UK Theatre Award for Best Show for Children and Young People.

The judges thought that we were constantly improving our summer show, and reached out to a wide variety of audiences with our community programme.

“This shows great ambition,” they said.

Helen Nugent, Founder and Editor of Northern Soul, added: "The Dukes is a brilliant venue in the heart of Lancaster, producing great theatre, cinema and art year after year. The team is fully deserving of both Theatre Production of the Year and Cinema of the Year in the 2017 Northern Soul Awards."

The awards ceremony was held in Manchester and hosted by writer and broadcaster, Lemn Sissay.