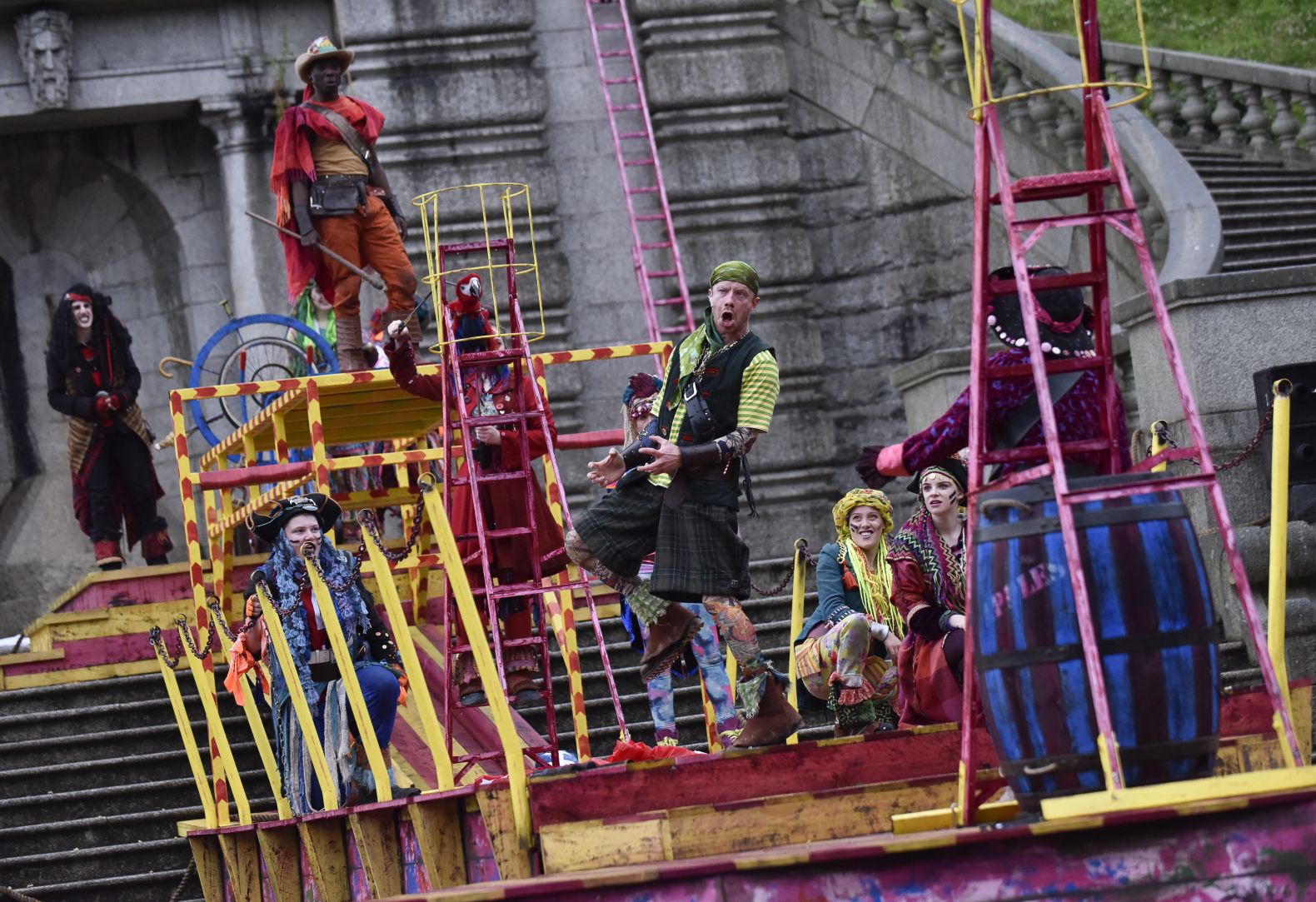 The magic of our park shows is still very much alive and kicking, 30 years since we first began producing walkabout theatre - according to the critics.

The first reviews for Treasure Island are now in and the Lancaster Guardian was full of praise for its “Classic storytelling, crafty adaptation, passionate acting and skilful technical input.”

The Stage was also impressed, describing the show as “Promenade family fun with charming puppets and an enthusiastic cast.”

Treasure Island received the top 5-star rating from Whatsgoodtodo.com who described it as "family entertainment at its best with plenty of laughter, singing and smiling faces, this is a lovely way to spend a summer’s evening.”

And The Reviews Hub said the atmosphere we create with our outdoor productions remains unrivalled: “The Dukes park shows provide a magical experience for all the family and in this anniversary year one hopes they continue to thrill and enchant adults and children alike for a long time to come.”