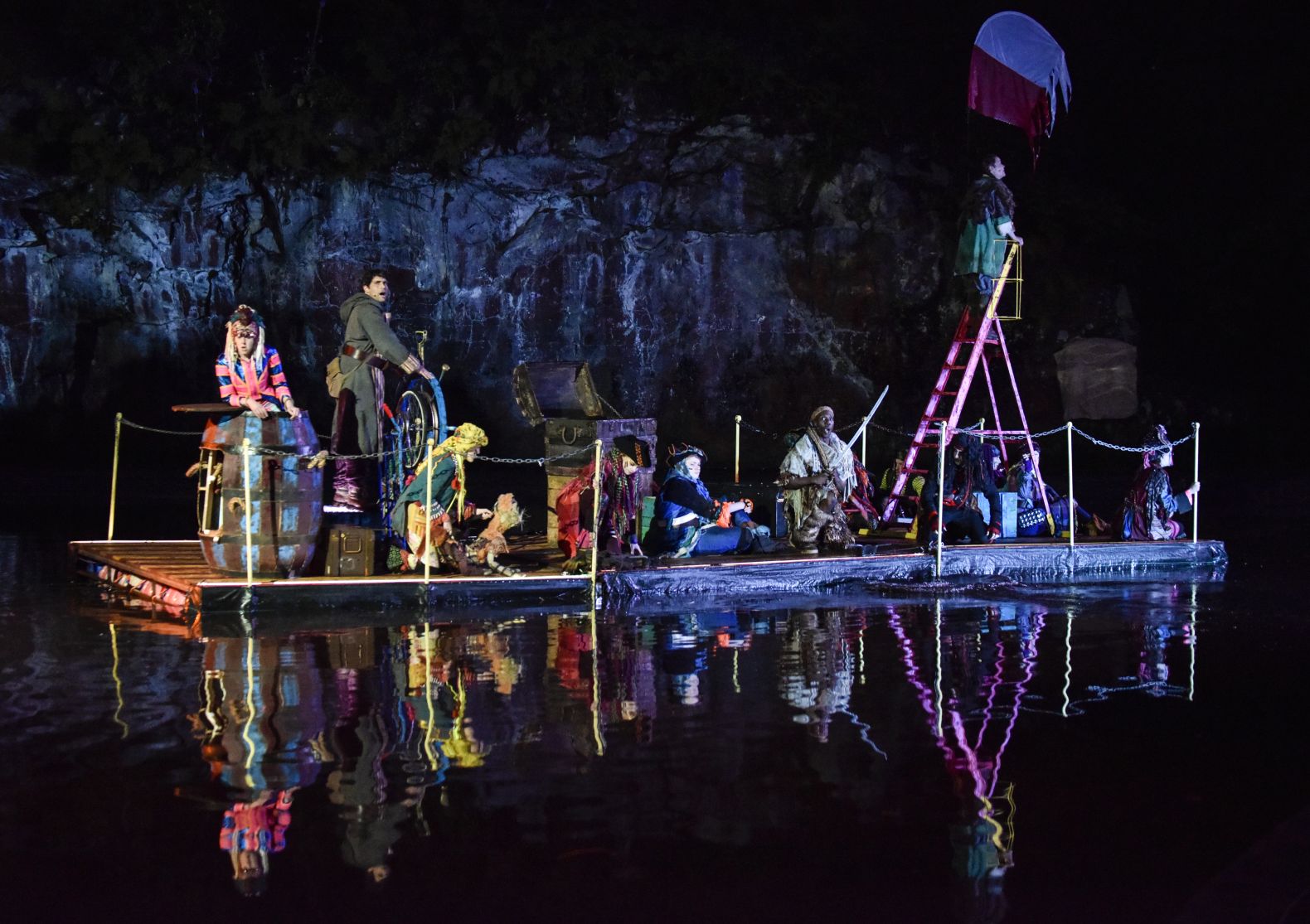 We're delighted to announce that, due to popular demand, our outdoor production of Treasure Island will sail on for an extra week. Thousands of people have already seen the walkabout show in Williamson Park and it’s proving so popular that Treasure Island will finally drop anchor on August 19. Treasure Island has been running since July 4 with critics describing it as ‘family entertainment at its best’. The production marks 30 years since we began promenading in the park and follows last year’s UK Theatre Award winning version of The Hobbit. For this summer, Robert Louis Stevenson’s classic novel – Treasure Island – is given a new twist by the team behind last year’s sell-out production. Join Jem Hawkins' search for treasure through the winding paths and entrancing woodlands of Williamson Park enjoying songs and plenty of fun along the way. To book tickets for Treasure Island, which is recommended for anyone aged 5 plus, ring our Box Office on 01524 598500 or visit www.dukes-lancaster.org.