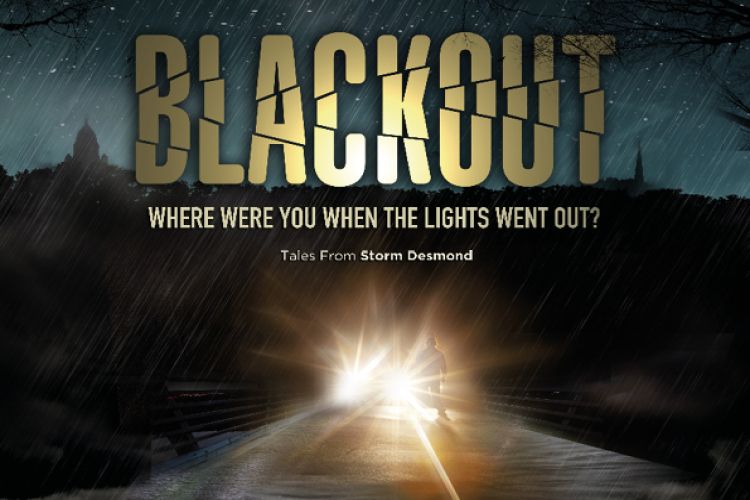 A power cut of unprecedented proportions and duration has sparked our forthcoming new homegrown production.

At the storm’s peak, 1,742 cubic metres of water per second flowed down the River Lune in Lancaster – the highest flow of any river ever recorded in England.

Blackout, which runs from October 13-November 3 in The Round, is an original play inspired by testimony from residents, community organisations, emergency responders, sociologists and journalists who weathered the storm together.

It is a thrilling account of chaos, bewilderment and camaraderie during a power cut which left communities without communication, transport or information, cut off from the modern world.

Awardwinning Manchester-based writer Sarah McDonald-Hughes has focused the play’s attention on the real-life experiences of a Lancaster business owner who saw her shop devastated by flood water, a young homeless woman from Morecambe wandering the streets during the blackout and a schoolboy who lost his most precious possession to Storm Desmond.

Blackout will also feature contributions from a fire officer, coastguard, an electricity company manager and a Lancaster University academic who co-wrote a report on what was the first long duration power cut in Britain to affect thousands since becoming so internet dependent.

Blackout will be the first mainstage production to be directed by our Associate Director, Alex Summers.

Alex said: “We have been deeply inspired by the resilience of those who shared their stories with us. I hope Blackout represents something of what makes Lancaster city district so special, being lovingly created and performed by its residents, whilst paying tribute to those affected most acutely.”

Locally–based professional actors, Christine Mackie and Peter Rylands, will be supported by 40 community performers in keeping with the ethos of Blackout being created with, and performed by, local people.

On September 21, there will be a chance to discover how Blackout was created and ask questions at a Meet The Makers free ticketed event at 6.30pm.

During the creative process, The Dukes engaged with people in some of the district’s most deprived areas – Marsh, Ridge, Ryelands, Vale, Harbour, Heysham North, Poulton, Skerton and Westgate - who will be offered specially discounted tickets to see the production which is recommended for anyone aged 12 plus.

The final performance of Blackout on November 3 will coincide with the first night of Light Up Lancaster, a magical festival of light and art, which attracts thousands to the city.