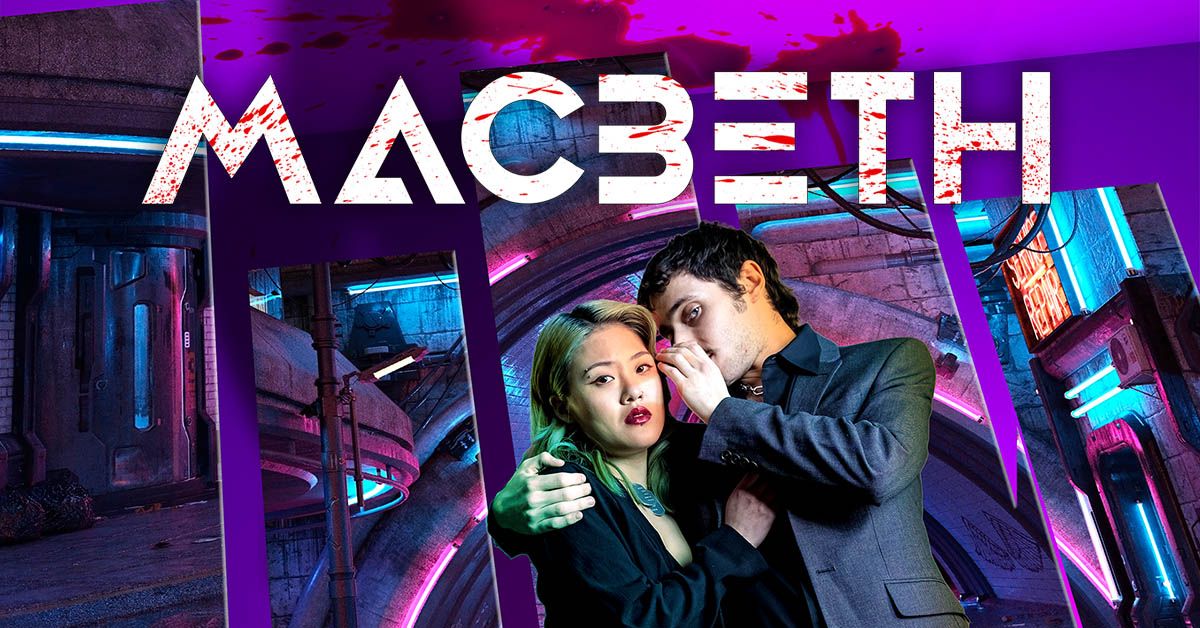 Pete Brooks (PB): Well, we had been thinking of Romeo and Juliet and we had a clear idea for it, but we did an R&D on it and the show just didn’t work that way we had it in our heads, so  we started to think about other titles. Fortunately, we had already been thinking about Macbeth, and thinking about it in a very particular way. It was about a year ago we realised we should make the switch and began working on this Macbeth.

Whenever a theatre company stages a new piece, you ask why, but with imitating the dog, the more interesting question is always ‘how’. So how will you stage this Macbeth?

Andrew Quick (AQ): It’s relevant to know that we’ve done Shakespeare before; we staged an adaptation of King Lear in Chile and doing it there, in Spanish, gave us freedom from the classical traditional Shakespeare. We cut it and moved the text around and combined characters and that sort of thing - which was a very good exercise for our approach to Macbeth. Some of the things we’ve done are for purely pragmatic reasons: we have five performers, three witches who also play all the other characters and two actors as the Macbeths, they are a constant couple. Once you have that, it gives you a way into the play and how you are going to adapt it and what you can do with it. In many ways it’s just like the original in that the witches set up the world, the narrative and instigate the trail of ambition and possibility in Macbeth, in our version we have reallocated a lot of Banquo's lines, so Lady Macbeth is there when the encounter with the witches takes place. We’ve maintained a lot of the original dialogue and soliloquies that the Macbeths have, but we’ve been quite free around the framing structure. Our witches are narrators, tricksters who talk and comment on the action as it emerges.

In our version the witch tricksters set up the world, and the Macbeths are lost in the world they create. Our witches talk to the audience, commentate, they banter, they speak all the other Shakespearean parts as we have cut and reordered it.

PB: And they film it.

AQ: Yes, the Macbeths are always on camera, in super close-up and in the background there’s a much choppier audio and visual world than we’ve used before. I think of it as a swirl of audio and images, the detritus of which creates this fictional world into which the Macbeths are thrown.

So clearly, there’s a lot of licence here. How much of the original has been kept?

PB: We’ve kept a lot of the monologues and dialogues with the Macbeths. They are very poetic and really form the core of the play, so they have stayed. We’ve taken the more narrative scenes and they have been substantially changed. When the Macbeths are not in a scene, we’ve taken quite a lot of liberties and we’ve added a lot of narrative material. We’ve done something to the ending that audiences will find surprising, we think.

AQ: One thing is that our Macbeths are young. Early twenties, or even late teens. They’re street kids who met in an orphanage. Their relationship is less sexual and more sibling - they are like Bonnie and Clyde. In our version she has a backstory that the audience are told very quickly; it’s like the sequence in Kill Bill when you get the character’s backstory in a short sequence.

PB: We’ve got a lot of innovations in there, things we’ve got into the cracks in the script that were already there, but it’s still substantially Macbeth.

AQ: The idea is that you can still see the original there in a very solid way, but it’s in a moving and vibrant landscape that brings new ideas to it. You asked how we make it imitating the dog - that’s how, that’s what we do, be it with Dracula or Night of the Living Dead - Remix, we take stories that people know and bring something fresh.

So, have you written new lines for the script?

AQ: We tried to write some new stuff in a Shakespearean way, but it didn’t work.

Do you feel like, with a growing fan base, you’ve earned the right to push at boundaries and do something so radical to something that’s so part of the canon?

AQ: It’s not really a choice. We’ve talked about this a lot, you either do it like everybody else has done, there’s the approach where you modernise but still do it as is or mash it up and remix it which I think it the way we are trying to do it and you just must be confident we have the right to do that. What else can we do?

PB: It’s an interesting question, we’re enthusiasts, we’re not doing it because we’ve got to, we’re doing shows because we want to, and we’re really excited by. The other thing is the world we are operating in is viciously based around market forces, if we make work that nobody wants to see, we will stop making work quickly and our judgement has been pretty good, I think, so far. We make work that is challenging, but fun and work that we want to see. And we’re having a lot of fun with this project. We want to bring in young audiences, if we don’t do that, there’s no future for theatre.

So, you’re not worried about being disrespectful to the text?

AQ: Shakespeare took these existing stories and distorted them for his own ends at the time and I suppose we’re doing the same. We love the play, but it’s a bit of a narrative mess and goes at a real pace. But the poetry in it is amazing and we’ve kept all that really. We're just seeing something new.

If someone hasn’t seen an imitating the dog show, how do you explain what you do?

AQ: I always think that our audiences will enjoy the show if they are interested in what we are interested in and the way that information comes at them is via screens, or out of left field. Often in our shows, the first ten minutes guides you on how you how to watch the show.

PB: The truth is, we explain it differently to different people. The one thing that everyone seems to understand is the idea of multimedia story, so we often describe it as that.

AQ: I think of it more as visual storytelling.

PB: We map stories on to different narrative vehicles.

Having said that, after the last few years and the success you’ve had, you probably don’t need to explain yourselves anymore?

PB: People do trust us a bit more now.

AQ: And we trust ourselves.