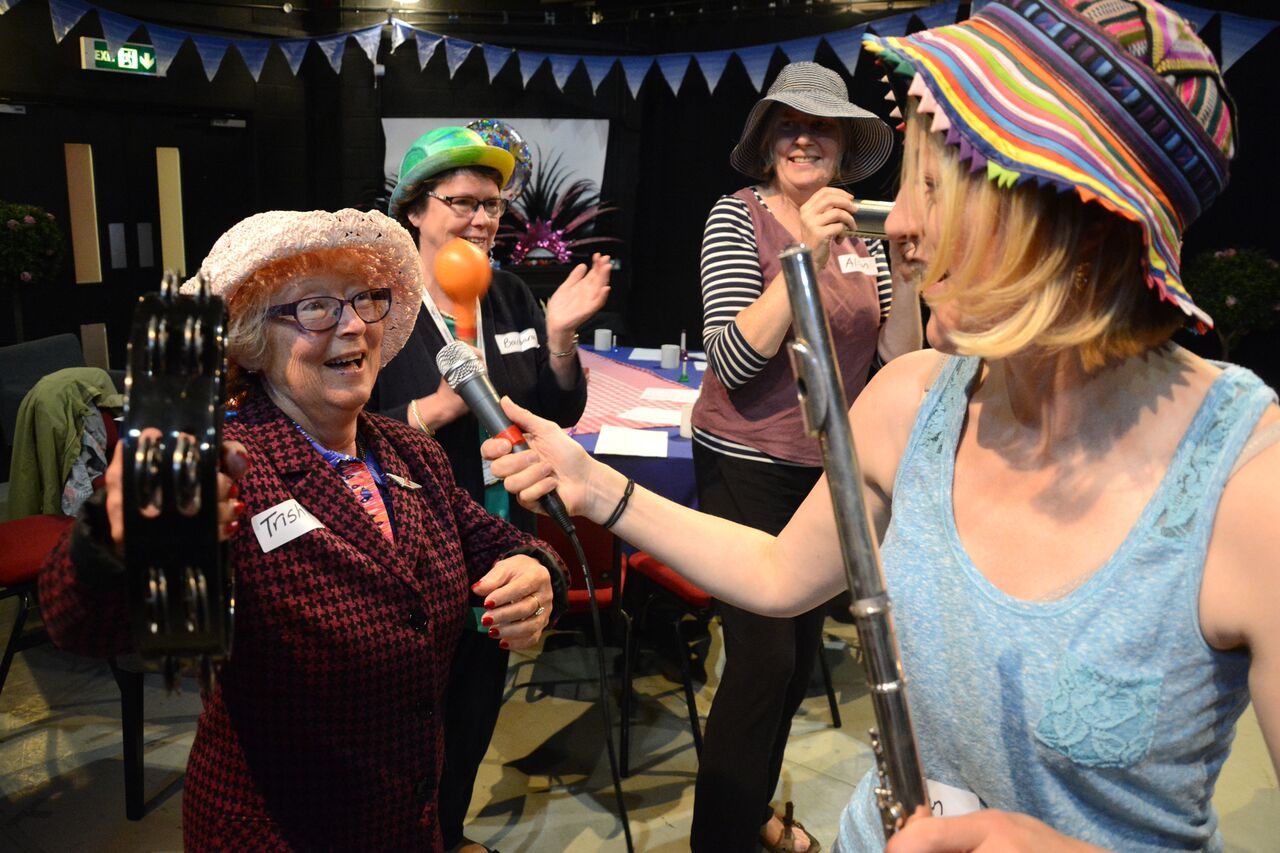 We are pleased to report that The Dukes has more than doubled the number of people with dementia that we set out to benefit with our pioneering programme of events.

A new report by Lancaster University’s Centre For Ageing Research shows that since 2015, there has been almost 11,000 participations at 241 A Life More Ordinary(ALMO) events here and 15 partner venues nationwide.

The project has also surpassed its volunteer recruitment target with 72 people involved.

ALMO was designed to give people with dementia and their family members more choice, control and greater access to leisure and cultural opportunities.

It was set up primarily for those living in the community but a significant number from residential care settings have participated too.

ALMO began with screenings of classic films which were also open to the general public and still continue. Creative dance, music and storytelling sessions involving a total of 26 artists were features too as well as the formation of Still Me, a new multi-arts group focusing on creativity, imagination and fun.

Initially, most people were attracted to our events because theatre and cinemagoing had been an important part of their everyday social lives in their earlier years and ALMO re-awakened that interest.

“We want a life that is ordinary, to do things we’ve always done, perhaps slightly differently,” said one carer.

These social opportunities also allowed people with dementia to retain their roles as husbands, wives, fathers, mothers and friends.

One carer said The Dukes enabled them to be a couple, hold hands and have fun: “It’s important to know you can have a nice time doing what you’re doing, but they’re also having a nice time.”

For those facing social isolation and loneliness, ALMO provided an opportunity to get out of the house and re-engage with the outside world.

‘We’ve always come to The Dukes but I’ve got Alzheimer's now and was getting really depressed about it. I spoke to somebody who thought the film screenings would be a good thing to do and I love it,” said one visitor.

“There’s no right or wrong, whatever we’ve done we’ve joined in to the best of our abilities. We’ve realised we can still learn and discover things, life doesn’t have to close,” said a carer who attended the workshops.

Feedback from the workshops and Still Me showed they had been beneficial to people’s health and wellbeing.

“We all feel as if we are helpful, creative and valued and staff have been friendly, enthusiastic, and encouraging. There is no space or time for outside or negative thoughts: the whole time is for positive learning and play. How brilliant is that?”

Further details about A Life More Ordinary are available at http://dukes-lancaster.org/creative-learning/inclusive-theatre/ where there’s short films about the scheme.