Duke Box #64: Our Guide to the Best Films on TV 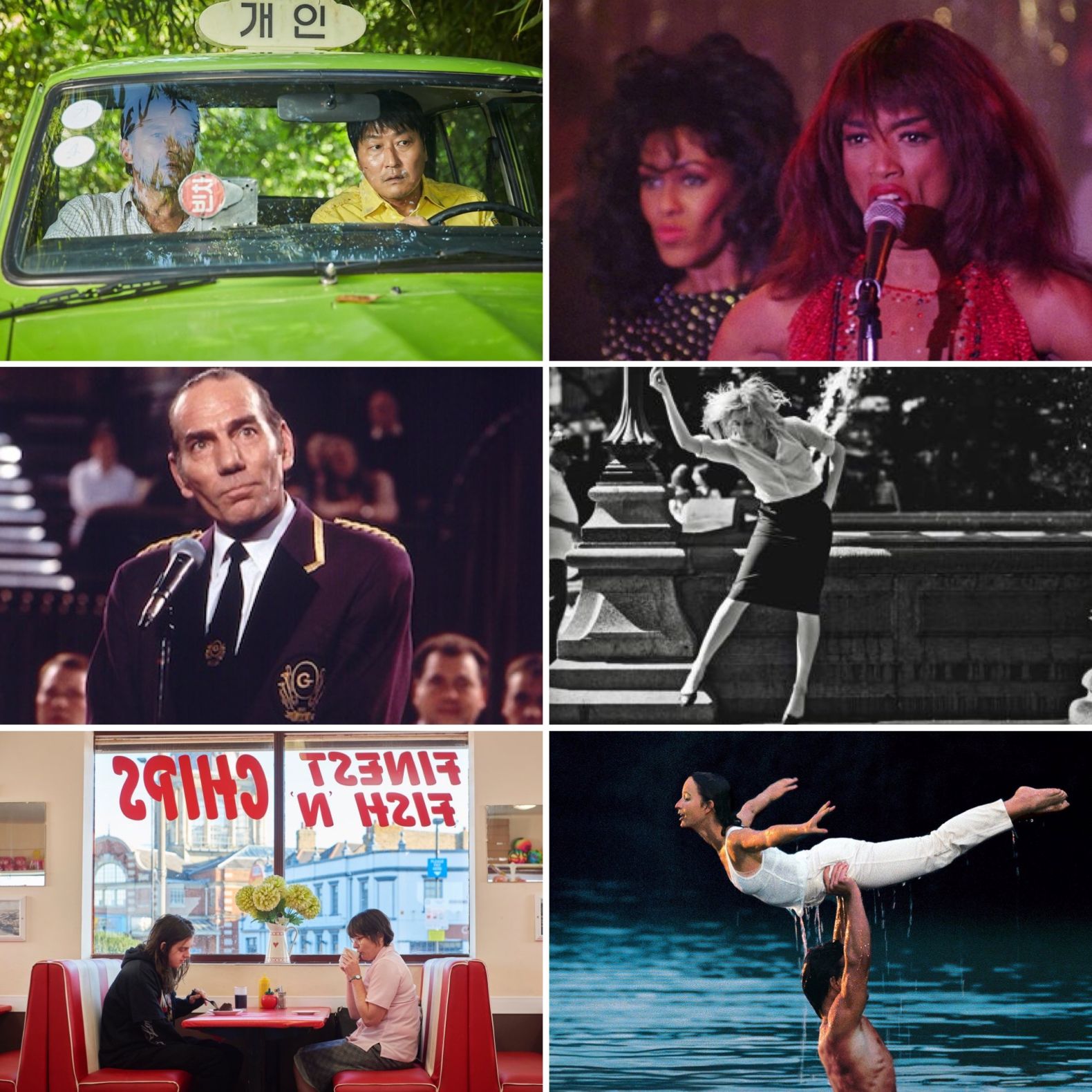 Screwball classics and dark wit. Scorsese, Kubrick and PTA. Dancing in the street, dancing in the river, dancing on the stage. The punk, acid house and brass bands of the north. And, of course, much, much more. Here are our freeview pics for this week - with a very special shout out to Angela Bassett's must-see performance as Tina Turner in What's Love Got To Do With It, an acting showcase we've been waiting to celebrate since Duke Box began.

A group of eccentric criminals planning to rob a bank rent rooms from a nosy octogenarian with a penchant for reporting dodgy behaviour to the police, leading to more chaos than they’d bargained for. A first-rate combination of slapstick, elegance and gallows humour, this Ealing classic stars Alec Guinness, Herbert Lohm, Cecil Parker and Peter Sellers.

The iconic Dirty Dancing is a good-time go-to, with its first-rate quotability and excellent soundtrack (seamlessly merging '80s hits like Eric Carmen's 'Hungry Eyes' with sensual soul classic like Solomon Burke's 'Cry to Me'). Also helps that the cast from top to bottom are having a blast, with chemistry between lead pairing Jennifer Grey and Patrick Swayze that moves from charming to sizzling and back again in the blink of an eye and the great Jerry Orbach in support. It's a pretty bold film, even for the '80s, and that's often forgotten.

Ewan McGregor, Tara Fitzgerald and the wonderful Pete Postlethwaite hit all the right notes in this British favourite, telling the story of a Northern colliery brass band confronted with the closure of the local mine and a town hit by economic uncertainty. It’s a winning blend of real-life influences, inspiring moments, bleak uncertainty, genuine emotion, socioeconomic scrutiny, Northern wit and a cast on top form.

There’s another reunion of sorts elsewhere, as The Color of Money sees the always-charming Paul Newman return as pool hustler ‘Fast Eddie’ Nelson, a role he made famous in The Hustler. This time round he’s directed by Martin Scorsese, co-starring alongside a young Tom Cruise as the showy upstart he takes under his wing and inevitably clashes with. Newman was Oscar-nominated for The Hustler; he won for The Color of the Money.

No, no, not Scorsese’s ‘70s thriller, but rather a Korean drama offering an imagined take on a pivotal moment in history. Parasite’s wonderful Kang-ho Song delivers another fantastic performance as a widowed father who drives a German journalist (Thomas Kretschmann) from Seoul to Gwangju to cover the 1980s uprising. The film isn’t as heavy as you might think, instead providing an effective tribute to the ordinary citizens in the middle of it and asking, what if?

George Cukor’s charming rom-com sees an effervescent Judy Holliday star as an ambitious small-town model/actress who takes the initiative to advertise herself on a billboard, making her a sensational overnight success and seeing her inundated with all sorts of offers. There’s delightful, easy chemistry between Holliday and leading man Jack Lemmon, making a fine debut as her concerned boyfriend.

Ranked up there with The Great Escape and The Bridge on the River Kwai as one of the great WWII films, Billy Wilder’s Stalag 17 merges tension, drama and pitch black humour in its story of American airmen in a German POW camp who suspect a member of their group to be an informant.

The inimitable Carole Lombard was one of the queens of screwball comedy back in the ‘30s and ‘40s, lighting up the silver screen with a winning combination of whipsmart talent, striking beauty and the willing ability to be a complete goof. She’s on top, top form in this screwball comedy classic, a razor-sharp social satire about the class divide that sees a frivolous socialite hire a vagrant as a butler.

Monica Dolan is one of the finest character actresses in Britain and it’s great to see her given a leading role in this funny, tender British coming-of age story about a quiet mum and her metal-loving teenage son (Earl Cave, son of Nick) who find themselves spending the six week summer holiday together. Adapted from a graphic novel, there are nice touches from director Simon Bird (Friday Night Dinner), original songs from Belle & Sebastian and a cast that includes Tamsin Grieg, Alice Lowe and Rob Bryden.

Noah Baumbach and Greta Gerwig are a powerhouse combination in American Indie cinema. With their fourth professional collaboration lined up for next year, here’s a great chance to indulge in a double bill of their previous work together, with Gerwig taking the lead in Frances Ha as a dreamer drifting through life, before offering fine support in the mischievous (and sharp) comedy Mistress America as an adventurous stepsister-to-be who barrels into the life of a lonely college freshman. Shout out to the use of David Bowie’s ‘Modern Love’ in a Mauvais Sang tribute in Frances Ha too.

Sterling Hayden stars as a career criminal assembling a team to carry out a racetrack robbery in this wonderful film noir from Stanley Kubrick. Only his third feature length film, its stunning, stylish craft, attention to detail and considered characters make for compelling viewing and an early glimpse of what the visionary filmmaker would go on to achieve in his incredible career.

Angela Bassett delivers a powerhouse performance as the iconic Tina Turner in this ferocious and fascinating biopic of the singer’s rise to stardom and her marriage to the charismatic, violent Ike Turner (an equally brilliant Laurence Fishburne). The film avoids the soft trappings of some biopics, bringing the rough edges front and centre, making for a captivating portrait – and Bassett is truly uncanny in the role, down to the notorious Turner leg moves.

Filmmaker extraordinaire Paul Thomas Anderson reteamed with his There Will Be Blood leading man Daniel Day Lewis for this beautifully crafted, curious and wryly humorous drama-come-romance about an orderly, world-renowned dressmaker who finds his life disrupted by his new muse and lover, Alma. Day-Lewis, in reportedly his final film role, is great as the fastidious and fabulously named Reynolds Woodcock, but Vicky Krieps and Lesley Manville are an absolute joy respectively as the strong-willed Alma and Woodcock’s repressed, sniping sister Cyril.