Duke Box #63: Our Guide to the Best Films on TV 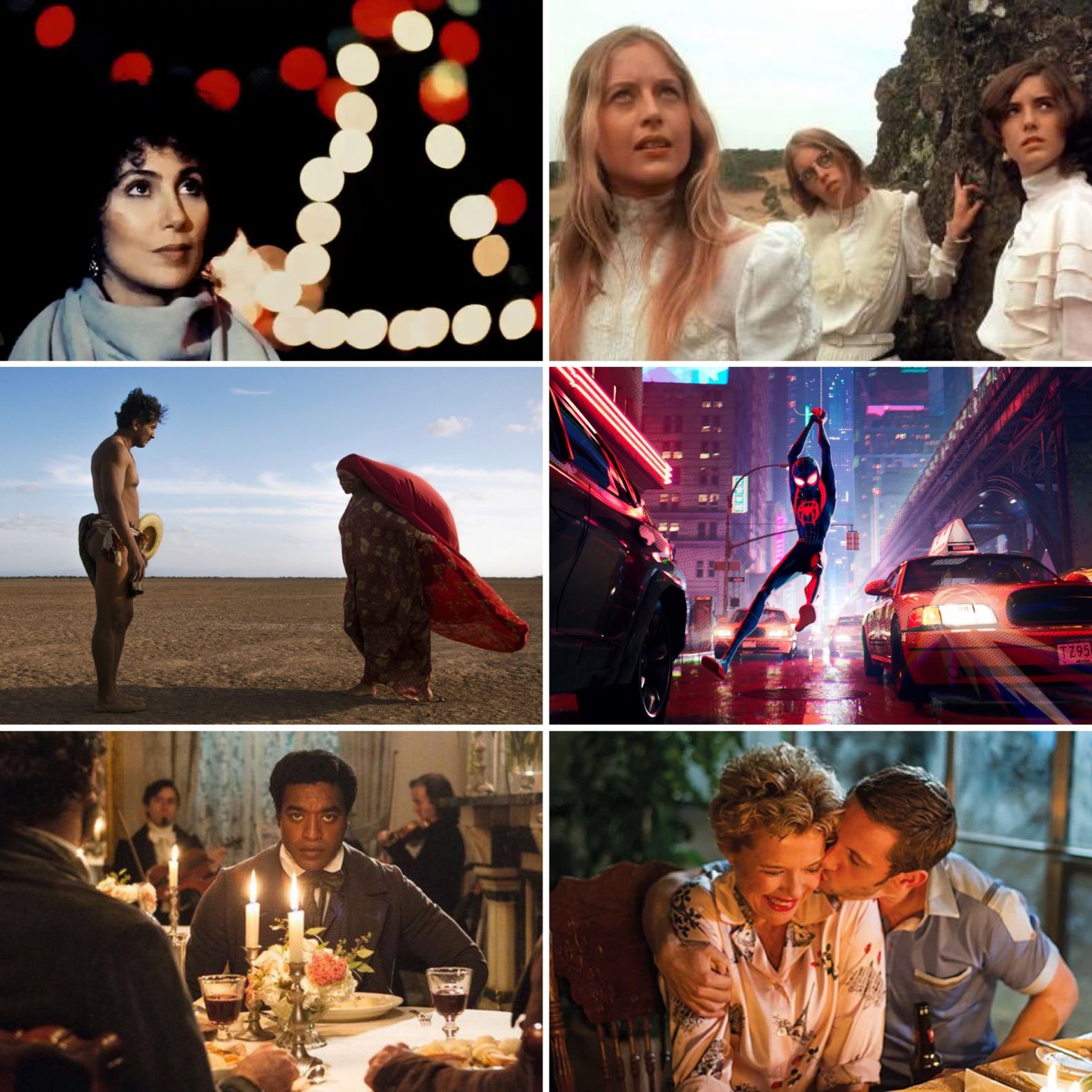 It's an absolutely stacked Bank Holiday weekend, including an eclectic abundance of family films (particularly on Sunday). In fact, it's a pretty fantastic week all round - especially for showcasing some excellent performances from Best Actress winners, nominees and should-have-beens (Annette Bening, we've got your back). There's lots to fall in love with here.

Romance, comedy and suspense make a winning combination in Stanley Donen’s stylish Charade, particularly when harnessed by the film’s charming leads, Audrey Hepburn and Cary Grant (stars of Donen’s Funny Face and Indiscreet respectively).The Parisian setting is divine, the script is full of twists, turns and witty banter, and the chemistry is scintillating.

There is such a wealth of wonderful family films on the box this Bank Holiday weekend – including some tasty freeview premieres. Missing Link is another brightly coloured, heartfelt and humorous stop-motion delight from Laika Animation (Kubo & the Two Strings), full of adventure. And, well, it’s hard to say just how stunning the Oscar-winning Spider-Man: Into the Spider-Verse is, with its exciting story, jokes as sharp as its action sequences, spectacular visuals and great voice cast. Other highlights include Pixar’s exceptional (and, yes, moving) Coco, Dukes favourite Paddington 2 (featuring that Hugh Grant performance), Aardman’s endlessly quotable Chicken Run, charming Japanese animation Mary & the Witch’s Flower (based on Mary Stewart’s ‘The Magic Broomstick’) and Roald Dahl adaptation Willy Wonka & the Chocolate Factory, featuring Gene Wilder having Charlie Buckets of fun as the titular inventor.

A Spielberg blockbuster on a Bank Holiday weekend just feels right – so a choice of two is wonderful! The dinosaurs and spectacle of Jurassic Park still have the power to amaze, while a leading trio of Sam Neill, Laura Dern and Jeff Goldblum (very leftfield choices for leads back in the day) are all completely perfect in making it all feel real. Harrison Ford was also an inspired choice for archaeologist Indiana Jones in action-adventure Raiders of the Lost Ark, taking on the Nazis, searching for artefacts and bantering with a wonderful Karen Allen. Both are the first films in their respective franchises and both are yet to be bettered (even if Last Crusade runs Raiders close).

The 90th Academy Awards had a lot of truly excellent films in contention, with Martin McDonagh’s provocative and divisive Three Billboards Outside of Ebbing, Missouri and Guillermo Del Toro’s bold and beautiful fantasy-romance The Shape of Water positioned as the frontrunners. Both were anchored (no pun intended) by fantastic central performances from their leading ladies – the former saw Frances McDormand collect her second Best Actress award for her role as a grieving mother on a mission for justice, while Sally Hawkins’ sublime performance as a lonely mute cleaner who finds love with an imprisoned amphibious creature helped the latter claim Best Picture and Best Director.

It’s a nice touch to see Moonstruck appear on TV after the recent passing of Olympia Dukakis. The late, great actress joined leading lady Cher in winning Oscars for their role as mother and daughter in the effervescent comedy-drama about a young widow who falls for her new fiancee’s brother (Nicolas Cage). It’s a unique exploration of love that blends sweeping romance, off-beat farce and profound considerations of life.

A week with two Annette Bening films is a fine week indeed – especially when they’re films that showcase just how good an actress she is. Partly inspired by director Mike Mills’ own upbringing, American indie 20th Century Women follows a teenage boy growing up in 1970s California and the women who help raise him. Greta Gerwig and Elle Fanning are great, but Bening was robbed of an Oscar nom, just as she was for Film Stars Don’t Die in Liverpool. Here, Bening plays Hollywood star Gloria Grahame in the latter years of her career, treading the boards in the UK, beginning a romance with a much younger actor (Jamie Bell) and facing a daunting illness. Trivia 1: Bening’s breakthrough performance in The Grifters (1990) was a homage to Grahame in The Big Heat (1954) so this is a nice, full circle moment. Trivia 2: that theatre that Grahame is in at the start of the film? Well, that would be The Dukes (albeit recreated).

(And if it’s films about Hollywood stars of the ‘50s that you’re after, Michelle Williams shines as a vulnerable and compelling Marilyn Monroe during the fractious filming of The Prince & the Showgirl opposite Laurence Olivier (Kenneth Branagh) in My Week With Marilyn.)

As much a love letter to low-budget filmmaking as it is to zombies, this Japanese horror-satire uses the undead and celluloid’s hefty history with them to meta effect in its story of a hack director and his crew who find their zombie horror shoot infiltrated by the real thing. It’s a unique twist on the trope that’s gory, gross and great fun.

This dark story inspired by real events sees Channing Tatum and Mark Ruffalo star as Olympian winning brothers Mark and Dave Schulz, recruited by multimillionaire Jon du Pont (Steve Carrell) for coaching only to have to contend with his destructive behaviour. It’s a strikingly shot, chilling film from director Bennett Miller (Moneyball), with excellent performances from the three leads. In a curious twist too, last year saw Ruffalo star in Todd Haynes’ true legal thriller Dark Waters as an environmental lawyer taking on the DuPont company – well worth a watch if you have Amazon Prime.

From the filmmakers behind Embrace of the Serpent ,this is a thrilling, stunningly shot account of the rise of the Columbian drug trade in the 1970s, told through the eyes of an indigenous Wayuu family who find themselves caught in the middle of it. What could have been a run-of-the-mill crime story becomes a breath-taking, provocative account of a momentous series of events. Captivating.

A staggering, stunning piece of filmmaking from Steve McQueen, this powerful and unflinching adaptation of Solomon Northrup’s diaries sees Chiwetel Ejiofor give the performance of his life as a free black man abducted and sold into slavery in the antebellum US. The excellent ensemble also features a villainous Michael Fassbender and a quite brilliant Lupita Nyong’o, making her breakthrough and winning an Oscar in the process. One of the finest Best Picture winners recent years.

Hypnotically directed by Peter Weir, this unsettling and beguiling thriller about the mysterious disappearance of four schoolgirls and their teacher is a landmark of Australian cinema. From the music, to the vistas, and the warm haze that fills the screen, it’s a film of atmosphere – a disquieting tension cutting through the beautiful imagery. It’s a Gothic wonder with so much going on beneath the surface.