Duke Box #57: Our Guide to the Best Films on TV 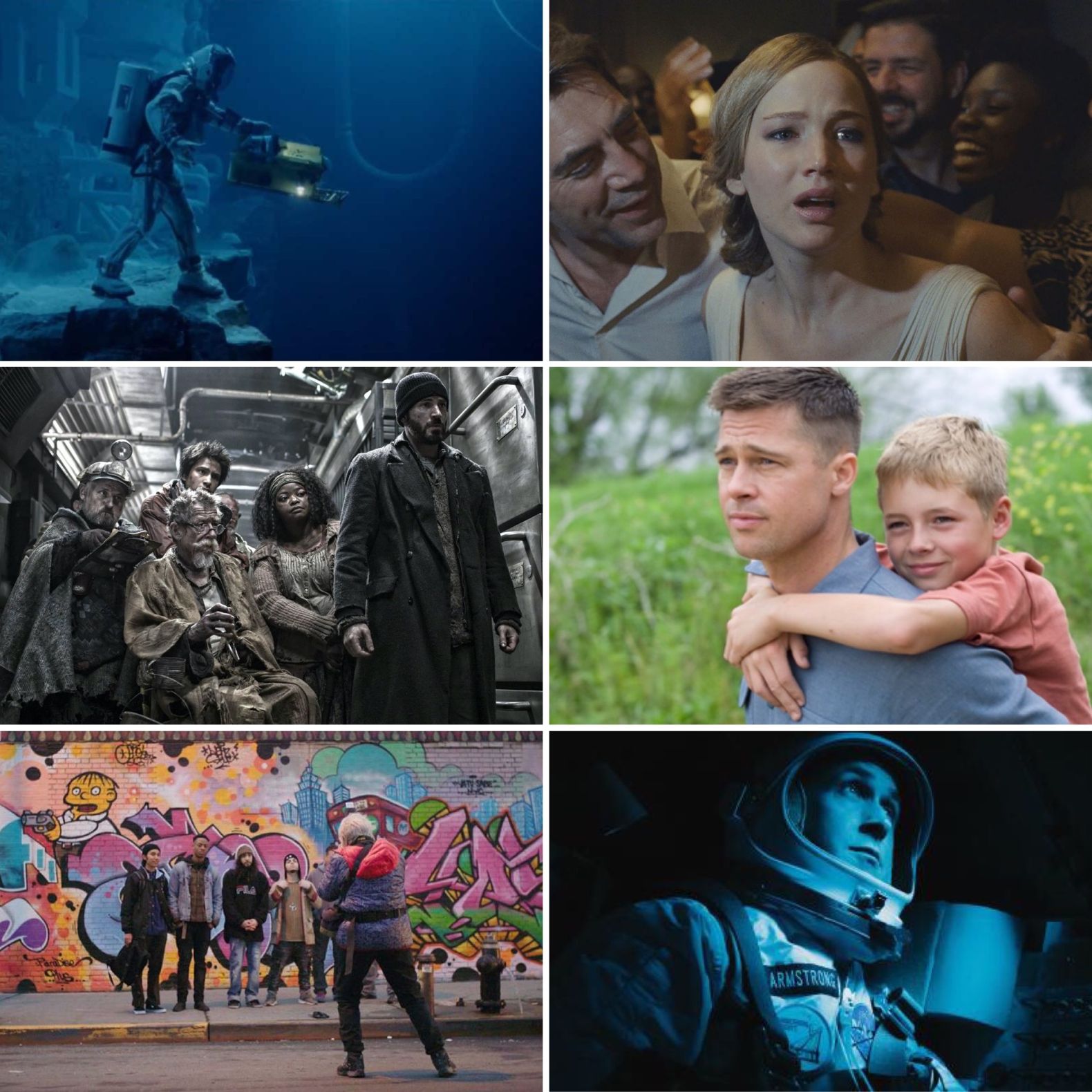 Philosophical fantasies, allegories and sci-fi adventures seem to be the predominant flavours for this week. Enjoy the surprises, suspense and striking visuals of stories rising out of the family home, claustrophobic trains and journeys to outer space and deep underwater...and even further.

Don Ameche stars as a playboy trying to convince Satan that he belongs in Hell by regaling his life’s story in Ernst Lubitsch’s Technicolor comedy Heaven Can Wait, co-starring Gene Tierney, before a veritable sci-fi smorgasbord in the evening, with a host of different galactic and technology machinations dominating the screens. It all lifts off with Damien Chazelle’s First Man, a tender, cerebral, gripping and quietly emotional account of Neil Armstrong and his journey towards becoming the first man on the moon. Ryan Gosling plays him wonderfully and Claire Foy is excellent – as is Justin Hurzel’s beautiful score (‘The Landing’, in particular). David Bowie gives a mesmerising turn as The Man Who Fell to Earth in Nicolas Roeg’s cult sci-fi film, while Spike Jonze’s funny, heart-breaking and soulful Her follows a greetings card writer (Joaquin Phoenix) who falls for his phone’s artificially intelligent operating system (voiced by Scarlett Johansson). However, if you’re after something a little rowdier, Michael Crichton adaptation and sci-fi-western-actioner Westworld sees a robot malfunction cause chaos for tourists in a futuristic Wild Wild West themed amusement park. Steven Spielberg famously took on his own adaptation of a Crichton theme-park horror show in Jurassic Park, but it’s the other nature-vs-man blockbuster popping up tonight in the shape of Jaws, a film that never gets old.

Some of the eccentric creative minds behind Horrible Histories and Paddington put their own twist on William Shakespeare in Bill, a delightfully raucous account about the lost years of the playwright that makes for charming family viewing – and unquestionably the lightest thing on TV today! Robert Redford gives one of his finest performances as a loner mountain man on the frontier in Sydney Pollack’s Jeremiah Johnson, while Terrence Malick unites Brad Pitt, Jessica Chastain and Sean Penn for his philosophical family drama The Tree of Life. It’s divisive, as most Malick is, but it’s visually spectacular – and I remember personally finding its mesmerising scope quite emotional. The Tree of Life was a Best Picture Nominee, as was ice-skating biopic I, Tonya. A unique account of one of the most renowned and chaotic controversies in sporting history, the film sees an excellent Margot Robbie star as notorious ice skater Tonya Harding, opposite Sebastian Stan and an Oscar-winning Allison Janney. The evening also sees a bit of Stage on Screen with Lolita Chakrabarti’s Hymn, a poignant drama starring Adrian Lester and Danny Sapani as two men who meet at a funeral and form a touching friendship, while Ben Kingsley delivers an unforgettable, unnerving performance as a brutal gangster looking to recruit a retired safecracker (Ray Winstone) for one last job in the thrilling and blacky comic crime drama Sexy Beast, directed by Jonathan Glazer (Under the Skin, Birth). Finally, there’s Danny DeVito’s Death to Smoochy, a gallows-humour satire about a former costumed children’s TV star (Robin Williams), fired for bribery, who wants to exact revenge on his replacement (Edward Norton). It was panned by critics on release but has developed a real cult following and re-evaluation since.

Dysfunctional family drama meets some good old slasher scares in Adam Wingard’s fun and inventive horror-comedy You’re Next, which is full of nice surprises, a fair bit of a gore and a great leading performance from Sharni Vinson. There’s more fusion in Happy as Lazzaro, a dazzling piece of Italian cinema that fuses fantasy, allegory, drama and social commentary in its story of a kind, young farmworker who develops a friendship with his exploitative boss’ son. Inventive and surprising, it’s a beguiling film about friendship and the hope for progress.

If you’re interested in the relationship between space and art, look no further than tonight’s doc picks. Martha: A Picture Story details the influence of photographer Martha Cooper, whose photos of graffiti in 1970s New York helped propel the global movement of street artists, while Leaning into the Wind sees how artist Andy Goldsworthy’s art of landscapes, cities and bodies has developed over time. In a strange way, it’s sort of fitting that James Cameron’s aquatic sci-fi adventure The Abyss sits here as well. Starring Ed Harris and Mary Elizabeth Mastrantonio, the film follows a group of civilian divers tasked with recovering a sub, only to find something more out there at the bottom of the ocean. It’s full of suspense and emotion but is best known for its staggeringly beautiful and seemingly impossible special effects (especially at the time) – a fusion of bodies and water that’s still hypnotic and influential.

Gary Cooper delivers one of his finest performances in Anthony Mann’s stunning Man of the West, a tough story about a reformed outlaw who finds himself forced back into the brutal life for one last job after a train robbery. Also on in the evening and propelled by locomotive plotting, Bong Joon-ho’s Snowpiercer lines up an incredible cast, including Chris Evans, Song Kang-ho, Tilda Swinton, Octavia Spencer and more, as the last remnants of humanity, travelling continuously onboard a train after a climate-engineering disaster. A true dystopic tale, it’s a gripping and thrilling exploration of class structure and what it is to survive.

The morning sees John Sturges deliver a fiery, action-packed Western with Last Train from Gun Hill, starring Kirk Douglas as a US Marshall whose wife is brutally murdered by the son of a former friend (Anthony Quinn), while Roger Moore has his finest hour as Bond in the stylish The Spy Who Loved Me, featuring one of the best opening scenes and themes. And, well, there just couldn’t be two more different films occupying the evening slots. Judi Dench was Oscar-nominated for turn in Philomena, a charming and moving film inspired by the true story of an Irishwoman looking for the son she was forced to give up for adoption as a young woman. It’s poignant, powerful and very human, with lovely chemistry between Dench and Steve Coogan as Martin Sixsmith. Meanwhile, it’s an anxiety-ridden nightmare in mother!, the most recent release from Requiem for a Dream and Black Swan director Darren Aronofsky. The parable-esque film sees Jennifer Lawrence star as a newlywed woman who finds herself tested when more and more uninvited guests enter her and her husband’s home. Also starring Javier Bardem, Michelle Pfeiffer and Ed Harris, the film is undeniably divisive – but while my opinion goes back and forth on it, I can safely say that I have rarely felt so stressed, which is just the horror that it’s aiming for.