Duke Box #28: Our Guide to the Best Films on TV 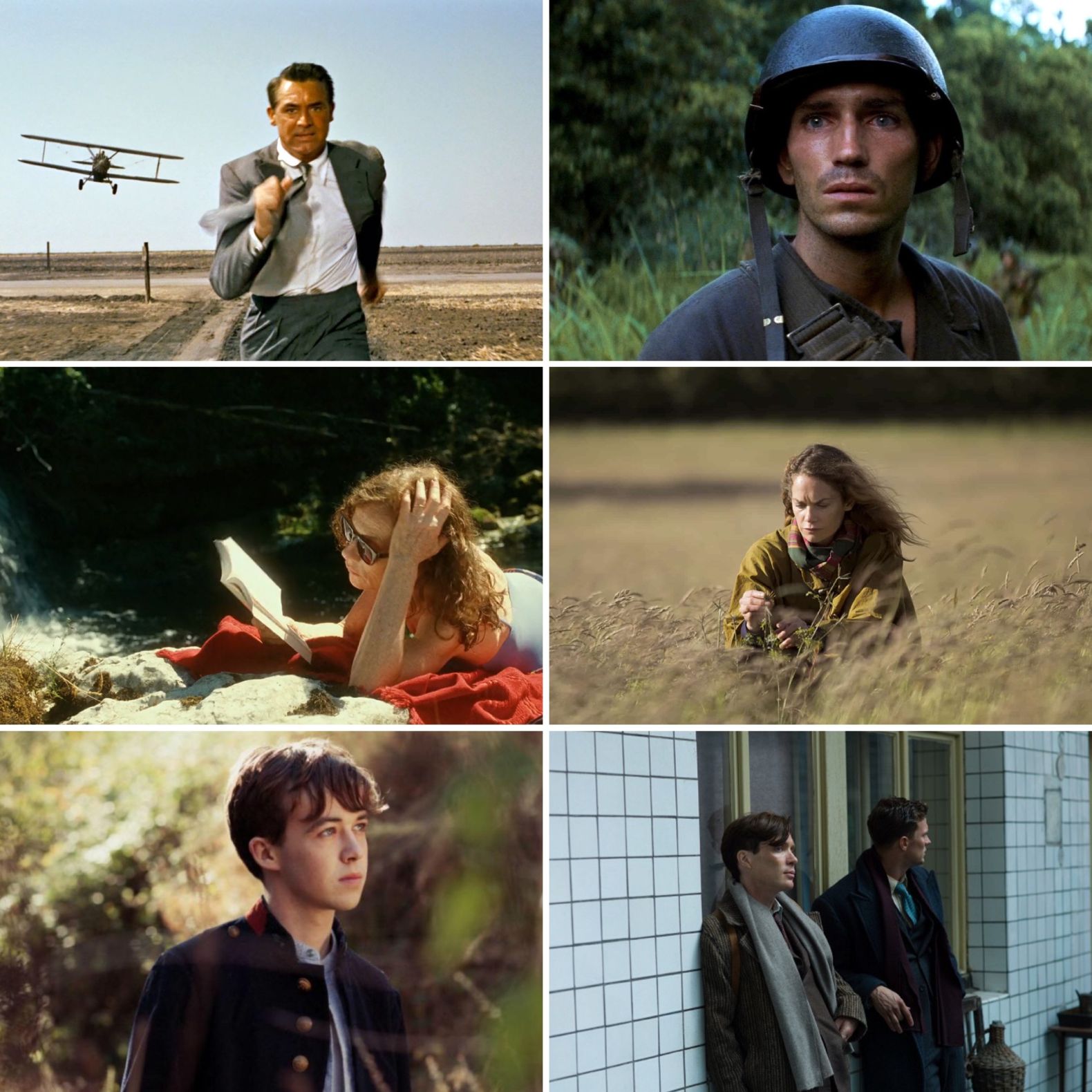 A petite group of treats for this week's Duke Box, with some real visual stunners on show - from the poetic cinematography of Terrence Malick, through to the bleak beauty of Clio Barnard's Yorkshire and a couple of visits to the French countryside too. It's hard to look past Hitchcock's North by Northwest for Pick of the Week, but there are surprising gems in here that might grab a hold of you, like intriguing Hindi drama Manthan and Mia Hansen-Løve’s Things To Come.

There are plenty of great films to catch up on this Saturday, as well as this fine trio of evening films. A quite extraordinary ensemble drift in and out of Terrence Malick’s typically breathtaking and emotive adaptation of The Thin Red Line, James Jones’ autobiographical account of conflict at Guadcanal during WWII. Due to Malick’s filmmaking and editing style, scenes featuring Gary Oldman, Martin Sheen, Viggo Mortensen and more ended up on the cutting room floor. Whereas Malick’s film draws emotion by swooping over the brutal physical conflict of men, John Boyne adaptation The Boy in the Striped Pyjamas considers the horrors of war through the innocent eyes of children. Starring a young Asa Butterfield, it’s a poignant and powerful look at a forbidden friendship between a German commandant’s son and a young Jewish boy in a concentration camp. In between the two, documentary McQueen celebrates the life, creativity and boldness of fashion designer Alexander McQueen, whose savagely beautiful garments proved profoundly influential in so many ways.

Humphrey Bogart, Joel McCrea and Sylvia Sidney star in William Wyler’s gritty crime drama Dead End, about a gangster who returns his old volatile New York neighbourhood, crossing paths with loved ones he hurt, struggling friends and a gang of street kids. A charming romantic-comedy-drama from Richard Curtis about…time travel? Well, sort of. About Time follows a young man with the hereditary ability to time travel as he tries to correct his past to better his future, something that has many repercussions on his blossoming romance. Domhnall Gleeson and Rachel McAdams are the couple at the centre, but Bill Nighy quietly steals the film in the moving father-and-son relationship that plays throughout. It’s been a few weeks since a Hitchcock classic appeared, but this is a great one: Cary Grant and Eva Marie Saint star in the gripping North by Northwest, about a man forced to go on the run after being mistaken for a government agent. Also features one of the best Hitchcock cameos.

Filmmaker Clio Barnard followed the brilliance of The Arbor and The Selfish Giant with Dark River, a powerful and sad story of family trauma. Ruth Wilson is excellent in the lead, playing a young woman who returns to claim her family farm after the death of her father, all the while troubled by memories of the past and the resentment of her brother. From the bleakness of Barnard’s film to a film titled Joy. It’s not actually a comedy, but the true story of Joy Mangano, who rose from little to become a self-made millionaire with a business empire. The film reunites Jennifer Lawrence with her American Hustle and Silver Linings Playbook co-stars Robert De Niro and Bradley Cooper.

Juliet Stevenson stars as a distraught mother trying to connect with her son (Alex Lawther) in the aftermath of her broken marriage in Departure, a visually stunning character study set in the dreamlike South of France that drifts between the effect of divorce and the emotional turmoil of a teenage boy ready to embrace his sexuality. Something must be in the air at Film4 as Mia Hansen-Løve’s Things To Come also focuses on separations in France, as Isabelle Huppert’s philosophy teacher contends with professional and personal crises with everything happening all at once. Final screening Manthan meanwhile, a Hindi film about a village’s aim to set up a Milk Co-operative society against the wishes of wealthy businessmen, is a film about collective might on-screen and off. Inspired by the pioneering milk revolution across India, it was crowdfunded by 500,000 farmers.

A trio of late-night cinema picks tonight. The Bride’s quest for vengeance continues in Quentin Tarantino’s Kill Bill Vol. 2, which throws a few more words, plot twists and emotional beats than punches – although still expect a fair amount of blood spill. Claudette Colbert has a starring role in WWII drama Three Came Home, a powerful adaptation of the true-life testimony of Agnes Keith, a woman separated from her husband and forced into a Japanese POW camp with her son in Borneo. Both harrowing and poignant, it stars a fantastic Sessue Hayakawa (later seen in The Bridge on the River Kwai) as the stricken commandant. Greek film Suntan, meanwhile, is an unflinching look at a middle-aged GP whose growing infatuation with a young tourist becomes more and more misguided.

Roy Scheider is an endlessly compelling actor on screen and he’s great in Blue Thunder, an action-conspiracy-thriller that is at once completely over-the-top and a little thought-provoking. Scheider plays a LAPD support pilot suffering from PTSD from the Vietnam War who’s tasked with testing a new helicopter…only to uncover that maybe some motives behind getting the new bird in the air aren’t so pure. There’s a fine tribute to the late, great Dame Diana Rigg in the evening with The Assassination Bureau about an organisation hired by the journalist who uncovers them to kill their own chairman (played by Oliver Reed). Life springs forth in the early hours, following Jake Gyllenhaal, Rebecca Ferguson and Ryan Reynolds as an International Space Station crew that uncovers the first signs of life on Mars…It understandably takes a few cues from Alien but it does use its effects and suspense well.