Duke Box #12: Our Guide to the Best Films on TV 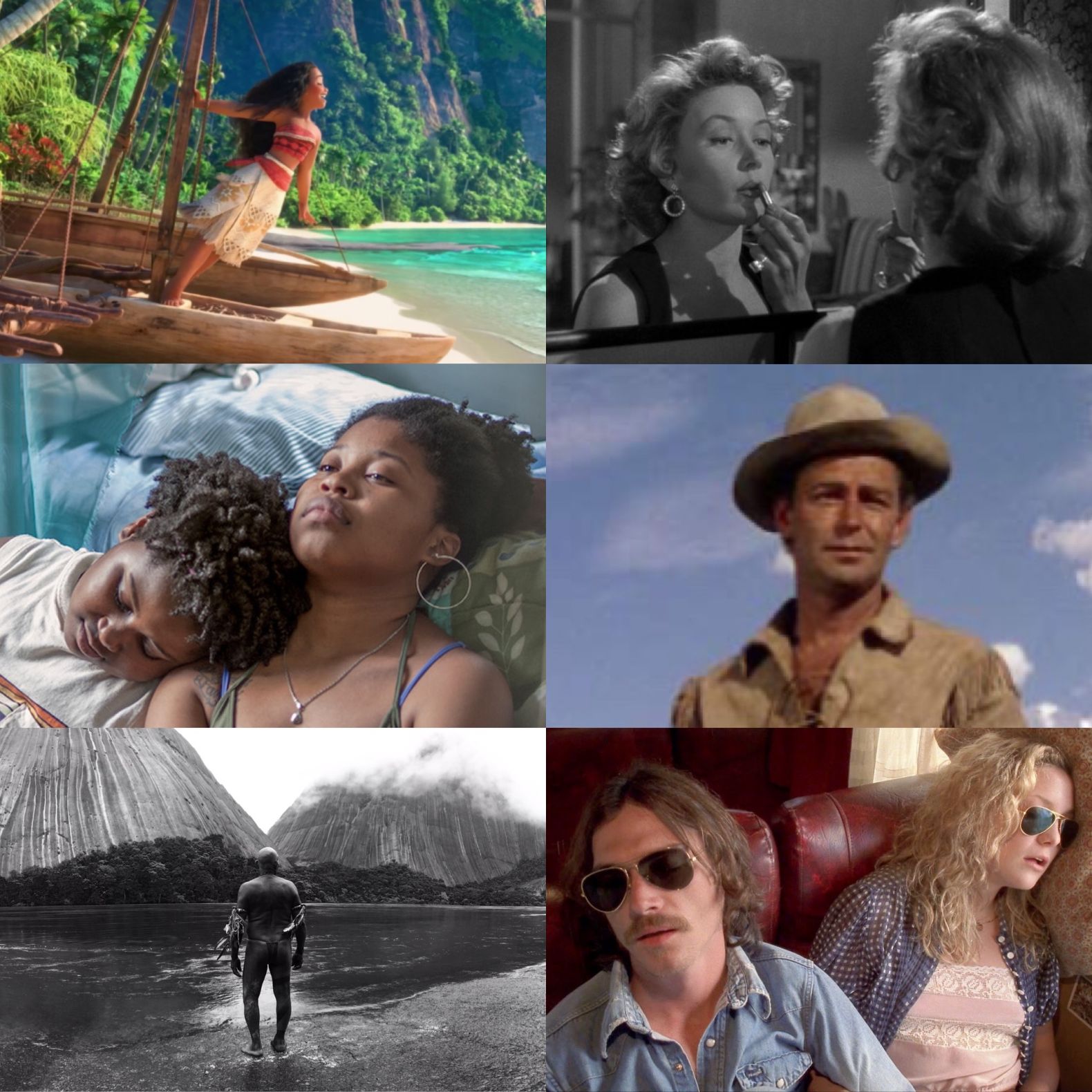 It's another intriguing mix of films this week: a few more crowd-pleasers, some influential genre staples, great indies, fascinating documentaries... Thursday has a fantastic-looking line-up. Get that record button ready if you can.

Pick(s) of the Week: There are a good number I could turn to. Embrace of the Serpent is a truly unique viewing experience, whilst Shane is so good at what it does. The L-Shaped Room might be the surprise package of the week.

Stay safe, stay at home and put on a good film. (A reminder that this list isn’t exhaustive and that some films will be repeated at different times – these are just some key titles to look out for at what are likely the best times. Some films may also change if channels decide to alter their listings - a fun thing for me!)

Saturday is peppered with family-viewing throughout the day, beginning with a morning screening of The Boxtrolls, from Laika stop-motion animation studio (Kubo & the Two Strings, Missing Link). There’s also a big afternoon musical in Carousel (featuring ‘You’ll Never Walk Alone’), a journey across Middle Earth with The Lord of the Rings: The Fellowship of the Ring and Disney’s lovely Moana. Elsewhere, there are a couple of epics – D-Day story The Longest Day (starring John Wayne, Henry Fonda and Richard Burton) and Richard Attenborough’s star-studded, multi-Oscar-winning Gandhi – as well as mystery-thriller An Inspector Calls (starring Alistair Sim), Powell & Pressburger’s The Small Back Room, about a WWII bomb disposal expert struggling with alcoholism, and Ang Lee’s beautiful adaptation of Life of Pi, the story of a boy stranded at sea with a tiger. In the evening, Daniel Craig has his first solo outing as 007 in Bond film Casino Royale, the horror sequel gets meta-textual in satirical slasher Scream 2 and Kathryn Bigelow’s suspenseful war film The Hurt Locker. After midnight, there are two gems from recent years: Taika Waititi and Jermaine Clement’s vampire mockumentary What We Do in the Shadows and the bracingly original and visually striking Embrace of the Serpent, the story of an Amazonian shamen who helps two scientists search for a sacred plant.

Two very well-respected Westerns pop up either side of Sunday afternoon: John Ford’s poetic Wagon Master (dismissed a bit on release; deemed one of his masterpieces subsequently) and Randolph Scott vehicle The Tall T, adapted from an Elmore Leonard story. In the middle there's Joseph L. Mankiewicz’s big-screen adaptation of musical Guys and Dolls, starring Frank Sinatra, Marlon Brando, Jean Simmons and Vivian Blaine. There’s a Tom Cruise double bill on 5 Star in the evening, appearing alongside a starry ensemble in Rob Reiner’s legal drama A Few Good Men and partnering up with Dustin Hoffman for Rain Man.

There’s another Powell and Pressburger offering on Monday afternoon with 49th Parallel, a film about how Nazis could access the then-neutral United States. Film 4 go the action-comedy route with James Cameron’s True Lies, which sees Arnold Schwarzenegger as a US spy who’s hiding his career from his family (Jamie Lee Curtis co-stars). Two very different films from 1981 also crop up in the evening: Harold Pinter’s take on John Fowles’ The French Lieutenant’s Woman, starring Meryl Streep and Jeremy Irons, and John Carpenter’s cult classic sci-fi-action film Escape from New York.

Winner of three Academy Awards, including Best Picture and Best Actor, drama All the King’s Men charts the rise and fall of an ambitious, ruthless politician in the American South. Corruption is also at the heart of Fritz Lang’s influential film noir, The Big Heat, starring Glenn Ford and Gloria Grahame. Superhero film Logan takes inspirational beats from the noir genre, along with the Western narratives of films like Shane (on Wednesday), in its thoughtful, emotional and thrilling take on X-men’s Wolverine. Finally, Kelly Reichardt’s slow-paced, character-driven thriller Night Moves follows three radical environmentalists as they plot to bring down a dam.

Considered a prime example of the film noir genre, Build My Gallows High sees Robert Mitchum’s P.I. hired by a shady businessman (Kirk Douglas) to track down a missing lover (Jane Greer) – but all is not as it seems. Shane is also seen as a quintessential film of its genre. The film follows Alan Ladd’s mysterious gunslinger as he helps homesteaders take on a ruthless cattle baron. The final scene is iconic and it’s a masterful exploration of heroism and masculinity. Winner of the Palme d’Or at the 2017 Cannes Film Festival, satire The Square follows an art curator who finds his career on the line after a controversial new exhibit opens. Finally, there’s an intriguing documentary in the shape of Filmworker, the story of an aspiring English actor who gave up his career to work as an assistant to Stanley Kubrick for over 30 years.

This is a fantastic day (well, evening) for content to check out – such a mix! The lone afternoon pick is Howard Hawks’ classic Western El Dorado, starring John Wayne, Robert Mitchum and James Caan, which is viewed as something of a masterpiece. Monica Vitti stars in the Oscar-nominated Italian-comedy The Girl with a Pistol, about a young Sicilian woman who chases her lover to England to seek revenge, whilst Asif Kapaadia’s heartbreaking documentary Amy maps the life of Amy Winehouse. There’s a trio of thrilling films on Film 4 in the evening: Quentin Tarantino’s breakthrough heist-gone-wrong film Reservoir Dogs, Stanley Kubrick’s own noir about an attempted robbery, and indie drama Night Comes On, about a young girl who takes her little sister on a journey of vengeance. Elsewhere, there’s visceral WWII drama Fury (starring Brad Pitt), about a band of tank soldiers in Nazi Germany during the war’s final weeks, and British psychological thriller Séance on a Wet Afternoon, which sees an unstable medium plot a kidnapping so she can showcase her skills.

Can you believe that it’s been 20 years since Cameron Crowe’s Almost Famous was released? I was all ready to class it as recent until I realised (a sobering moment for me). Half inspired by his own life, it’s the story of a teenage journalist writing for Rolling Stone in the 1970s whilst on tour with a rock band. The soundtrack is unsurprisingly fantastic. For something quite different, the quietly revolutionary kitchen-sink drama The L-Shaped Room stars a BAFTA-winning Leslie Caron as a young, unmarried, pregnant woman who moves into a London boarding house. Elsewhere, there are also a couple of Friday night crowd pleasers with the fun and filthy comedy Bridesmaids and the stylish, big-budget action Mission Impossible: Ghost Protocol.