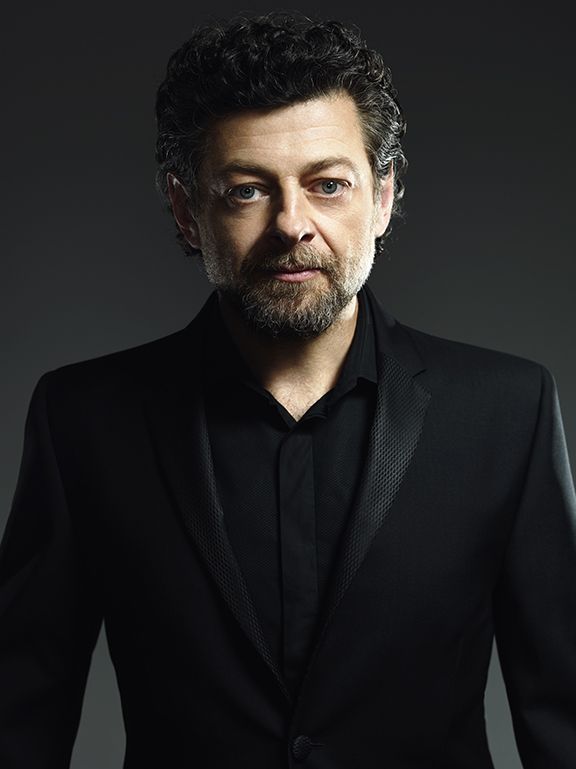 On November 18, it's 45 years since The Dukes officially opened and to celebrate this milestone, our newest Honorary Patron, Andy Serkis, looks back at his time here and ahead to the future.

Q What brought you to Lancaster?

A I came to Lancaster University to study Visual Arts.

Q Why did you decide to become an actor?

A I’d done a little acting while I was at school and as a third course in my first year at university, I did Theatre Studies which then led on to me doing an independent degree in Theatre Design and Movement.

Part of that involved me going to The Dukes, working with production designers and painting sets, and eventually we staged some of our student productions there including a play called Class Enemy around 1983.

Then I did a play called Gotcha by Barrie Keeffe - it was a total epiphany. The level of immersion in the character was an extraordinary thing.

The desire to investigate and embody other peoples’ lives became very strong because of the release of emotion and the psychological journeys that you go on when you start to uncover a role.

Q When did you join The Dukes and which production did you first appear in?

A When I was leaving Lancaster University I applied to drama schools and I also applied to The Dukes.

At that time regional theatres were giving away two Equity cards a year and I was fortunate enough to be offered a place in the company as I was graduating.

My first professional night at The Dukes in Privates on Parade was on the same day that I graduated from university.

Q Can you remember some of the 14 plays you appeared in at The Dukes?

A I played Florizel in A Winter’s Tale, and then I was in The Dresser, Volpone, The Good Person of Szechwan, A Midsummer Night’s Dream, Pravda and a number of pantomimes including Red Riding Hood.

Q Which characters did you enjoy playing the most while at The Dukes?

A I loved playing Lysander in A Midsummer Night’s Dream; playing Yang Sun in The Good Person of Szechwan, and Corvino in Volpone.

Q What did you learn from your time at The Dukes that has helped you during your career?

A When I became a professional actor I was fortunate to be given my first job by a director called Jonathan Petherbridge at The Dukes.

My desire to become an actor became more refined by learning from him as a director and as a person, in that the way he treated theatre was very much as a service to the community, and the way he directed plays and operated the company meant that we were very connected to Lancaster and its people.

He instilled in me a way of thinking about acting, which was about as far away from it being a vain occupation as possible, in that drama has significant possibilities for change in society, however small. And that is a very powerful healing force in a community.

This was a powerful force in my attitude to what acting can possibly do, and remains so to this day.

Q What do you remember of appearing in The Dukes first outdoor show in Williamson Park in 1987?

A It was a total adventure and Jonathan Petherbridge was incredibly inspiring.

He’d done site-specific theatre, outdoor promenade shows before, but for me it was my first time, and I just found it intoxicating.

Williamson Park is the most extraordinary wonderland for putting on a piece of theatre. I learnt a lot about acting for film, actually in that experience - relating with a real environment rather than being behind a fourth wall on a stage.

It was the most incredible first night, which really affected the audience; it was a truly magical experience.

Q Where did you live when you were appearing at The Dukes?

A I first lived in a farmhouse near Lancaster University called Bailrigg Farm, and then I lived in various places including renting a room in Hornby Castle and by the river in Lune Street in a flat in which someone had been murdered...there was a ghost!

Q Do you still stay in contact with anyone from your Dukes days and, if so, who?

A Yes very much so: Jonathan Petherbridge, Bev Willis, Jane Nash, Nicholas Murchie, Tony Bell, among many others.

Q What do you think is special and important about regional producing theatres like The Dukes?

A Regional theatres are cathedrals for a community - they breathe life into a community. They are centres of inspiration across the arts.

Particularly with theatre they are extremely valuable, as a community gets to share in the storytelling.

Q What advice would you give today’s aspiring Dukes actors?

A Enjoy being part of a theatre company.

Although it’s important to have a business head on you as an actor, when you’re starting out in your careers, follow your heart as to the best stories to tell and the characters there are to play.

Don’t be driven by a business head too early on, there’s plenty of time for that…

Q When did you leave The Dukes and where did you go next?

I started working for other regional theatres and did a production of Bouncers at Hull Truck Theatre Company which went up to the Edinburgh Festival and did a tour of Ireland.

Q When did you last visit The Dukes?

A It must have been about seven years ago.

My wife Lorraine was filming on the Isle of Man and on the drive to visit her, my children and I stopped off in Lancaster.

I took them to see the University, went to see the Nuffield Theatre there and then we went on to The Dukes. It was extraordinary - we walked onto the stages: it was a very emotional experience, especially being there with my kids.

Q What do you think about being asked to become an Honorary Patron of The Dukes?

A I couldn’t be more delighted; it’s a real honour and a thrill.

To have this link back to where my career all began, and to hopefully be able to put back into the theatre that started me off on my path fills me with delight.

Q What has been the highlight of your career so far?

A The highlight of my career is really whatever I’m excited about or working on at any given moment.

I suppose if I were to make a list there isn’t just one, there’s a few key moments in my career. One of which is definitely my time at The Dukes - being part of a company of actors for that length of time was truly inspiring.

The second one on stage was in Mojo at the Royal Court Theatre in 1995.

Playing Ian Dury in Sex & Drugs & Rock & Roll, playing Gollum and all the films I’ve worked on with Peter Jackson, and then founding The Imaginarium with my co-founder Jonathan Cavendish, and seeing it come together and come to life.

Q What are you currently working on?

A I am currently in postproduction on two movies that I’ve directed. One of which is Breathe, a triumph of the human spirit and a love story; and Warner Brothers’ The Jungle Book by Rudyard Kipling.

The Imaginarium is involved, along with Intel, in the RSC’s production of The Tempest in Stratford Upon Avon right now, and alongside these our company is working with creative and technical minds all over the world to bring great storytelling through all platforms - film, tv, games, digital and live arenas - it’s a very exciting time for us.

Q What are your plans for the future?

A The Imaginarium has a number of projects in development and production.

We’re driven by creating stories in various mediums, concentrating on the future of next-generation storytelling - be that VR/AR, live events, immersive films, games and television and many more arenas. Drama and stories that will change the world.