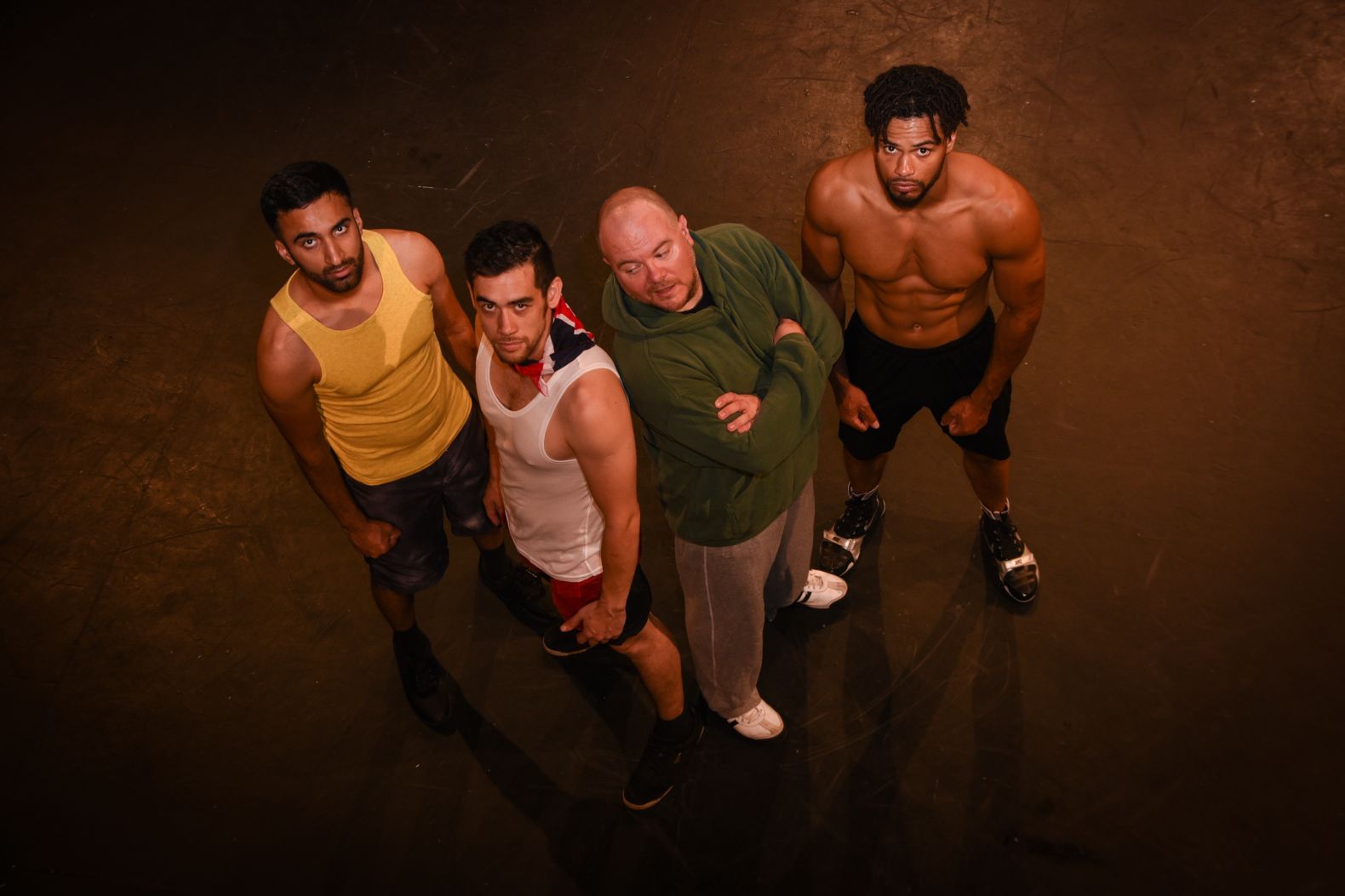 Men from the wrestling and boxing scene in the Lancaster and Morecambe area have helped to inspire our next homegrown play.

Glory, set in the larger than life world of wrestling, receives its world premiere here from February 21-March 2 before touring nationally.

And much of it was developed following interviews with coaches, wrestlers and boxers at local gyms.

One of the play’s central characters is Ben, a former soldier who visits Jim Glory’s gym to train.

He was inspired by Lancaster born boxer, Christian Flynn (pictured on the right of our photo).

Christian joined the Army at 18 and served in Afghanistan, Germany and Kenya. During his time in the forces, he boxed for the Army.

When growing up, Christian encountered racism and began boxing aged 11 at Lancaster Boys Club as a way of channelling his energy into something positive.

“Training helps with discipline and gives you a good work ethic,” said Christian.  “The commitment that’s required applies in all different aspects of life.”

He has recently turned professional and hopes to fight his first professional boxing match within the next three months.

It was while training at Red Rose Community Centre in Morecambe that he met some of The Dukes team behind Glory, and the writer, Nick Ahad.

One of the Red Rose coaches, Frank Harrington, also influenced some of the wit and mannerisms of Jim Glory who runs the gym at the centre of the play.

And Wael Alttarh, who works for Global Link in Lancaster, helped to develop the Syrian character of Sami in Glory and will be sound assistant for the production.

Our Associate Producer, Anna Nguyen, accompanied the writer on a research trip of Lancashire’s wrestling scene and discovered how sport could be used to support boys and give them a sense of discipline.

“Glory explores brotherhood and the problems people of colour face in very predominantly white Northern towns and conveys a much needed message about how men cope with their struggles,” said Anna.

Our Round theatre will be transformed into a wrestling ring for Glory which sees three men confronting their demons, life and each other as their lives collide.