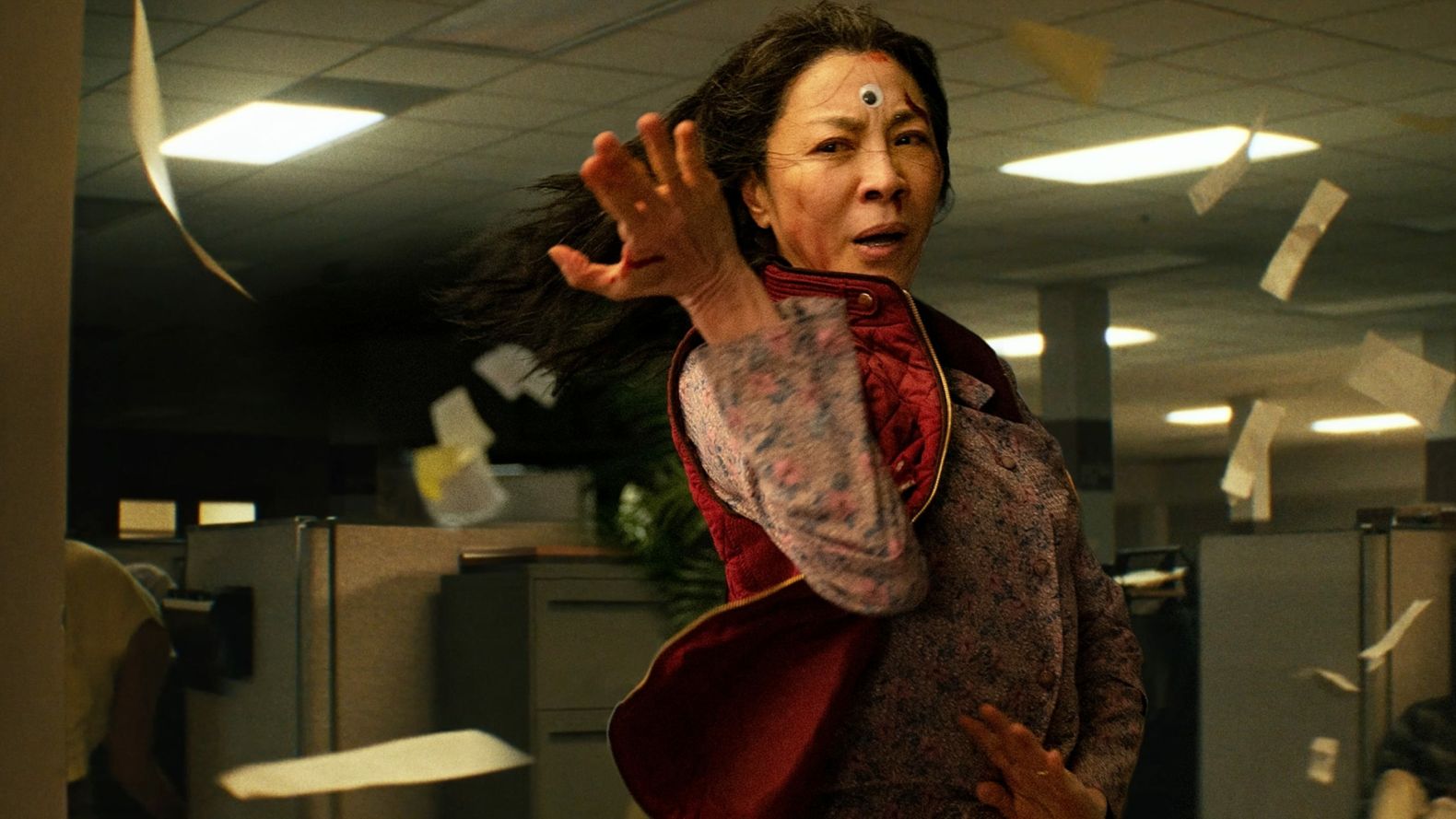 As 2023 begins, our Film Programmer Johnathan reflects on the films which proved most popular with our audiences in the past 12 months.

Our Top 10 Best-selling films were:

1. Belfast
2. National Theatre: Prima Facie
3. The Duke
4. The Banshees of Inisherin
5. Everything Everywhere All at Once
6. Living
7. West Side Story
8. Operation Mincemeat
9. Matilda the Musical
10. Mrs Harris Goes to Paris

There was much to celebrate in 2022, especially with it being the first year we’d been open for the entire twelve months since 2019. Plus there was a load of brilliant new films released.

Amongst the many cinematic delights, there was one film which clearly resonated with audiences – the nostalgic drama Belfast. Kenneth Branagh’s autobiographical film about a nine-year-old boy growing up in 60s Belfast proved to be a resounding hit and became our best-selling film since Three Billboards Outside of Ebbing, Missouri in 2018. The latest film from Three Billboards director Martin McDonagh also featured highly with his black-comedy The Banshees of Inisherin coming in at 4th place (with more screenings from January 6).

Our biggest hit over the summer was the National Theatre Live screening of Prima Facie which become a national box office phenomenon. Screenings of the hard-hitting play which marked the West End debut of Killing Eve actress Jodie Comer was a must-see and demand saw it keep returning to our programme for three months. The mind-bending multiverse masterpiece Everything Everywhere All At Once had similar staying power with word of mouth and fantastic reviews ensuring the film kept returning well into the summer.

Some familiar faces to these lists made a welcome return with Jim Broadbent and Helen Mirren starring in our near-namesake The Duke which claimed third place. Whilst perennial favourites Bill Nighy, Colin Firth and Lesley Manville returned with 6th place Living, 8th place Operation Mincemeat and 10th place Mrs Harris Goes to Paris respectively. Two reimagined musicals which book-ended the year complete the list – 7th place West Side Story was the first film we screened in 2022 and 10th place Matilda the Musical was the last.

Just missing out on the Top 10 were the Barrow-based comedy Phantom of the Open, David Bowie doc Moonage Daydream and Pedro Almodóvar’s Parallel Mothers (which became our highest-selling foreign-language film since Parasite).