Our Rita Has Arrived! 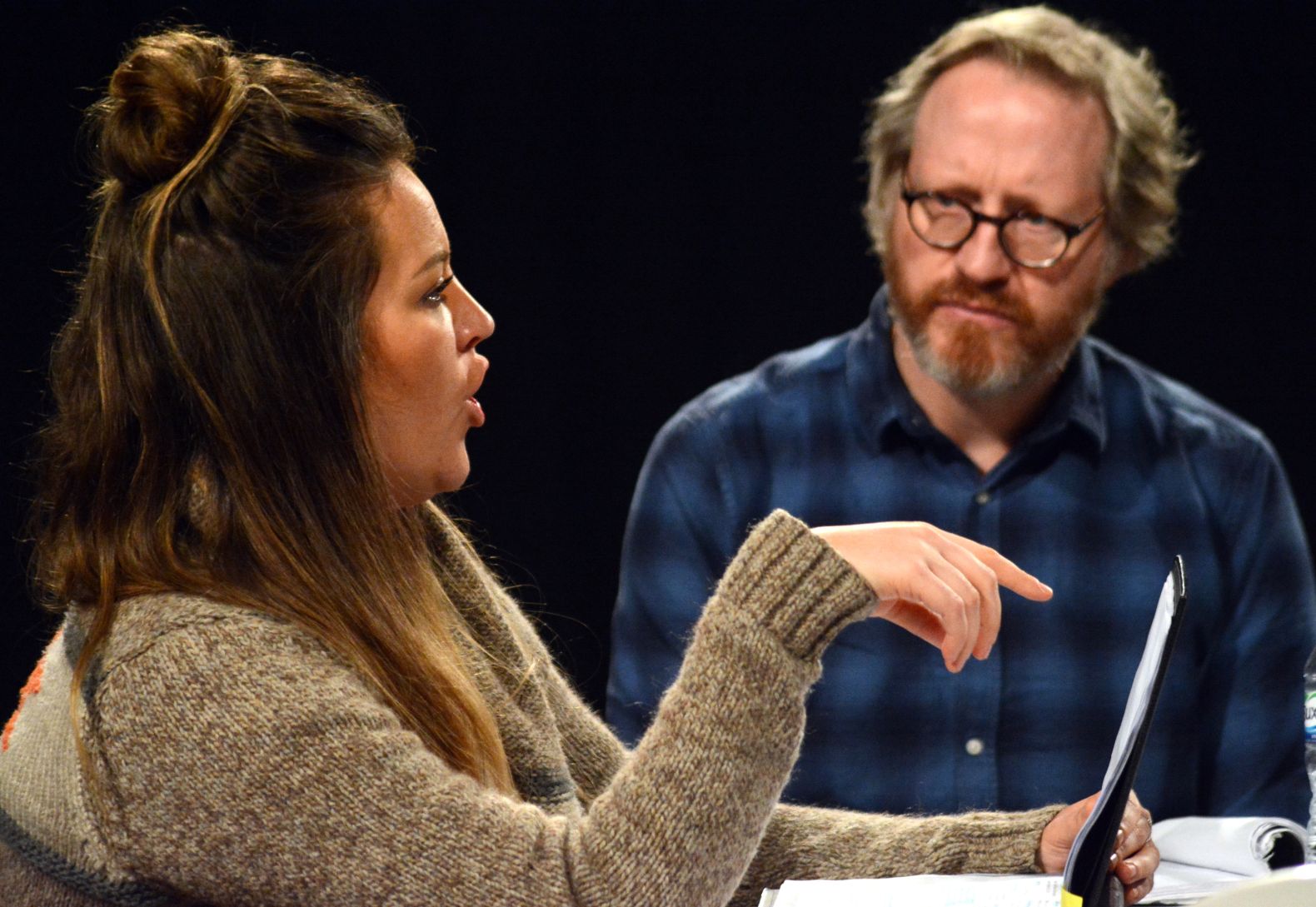 Rehearsals are now underway for our homegrown production of the classic comedy, Educating Rita.

Our Rita, aka Lauryn Redding, and our Frank, aka Andrew Pollard, arrived today and began settling into their roles at the readthrough of Willy Russell's funny and moving script.

Our Artistic Director, Sarah Punshon had both personal and professional reasons for choosing Educating Rita as her first spring production.

She said: “Educating Rita feels like the ideal show for me to direct in my first spring season at The Dukes because it’s a play about someone who changes their life through the arts and that’s what we do here.”

Her personal reason for choosing Educating Rita is because Sarah’s mum, much like Rita, returned to education after leaving school at 15 and both mother and daughter went to university in the same year.

Educating Rita, which runs here from April 5-14, is a witty exploration of class, privilege and the power of literature written by former hairdresser, Willy Russell, about a hairdresser who has a thirst for knowledge her husband can’t understand.

Eager to escape the trivial conversations at work, Rita enrols on an Open University course where she meets her tutor, Frank, a frustrated poet, tutor and borderline alcoholic.

Educating Rita is our  first co-production with the New Vic, Newcastle-under-Lyme where it runs from April 18-May 5 as part of their season of plays marking the centenary celebrations of women’s suffrage.

“This year is all about celebrating the emancipation of women and Rita’s story reflects that,” said Sarah.

Lauryn Redding and Andrew Pollard have both previously appeared in New Vic productions but are making their Dukes debuts.

Lauryn has just appeared in Treasure Island at the New Vic and Andrew recently completed a seven month national tour playing the iconic role of Phileas Fogg in a New Vic co-production.  The pair last appeared together in the 2016 New Vic production of Peter Pan In Scarlet.

Educating Rita will also tour to the Stephen Joseph Theatre in Scarborough from May 9-12.

To book tickets for Educating Rita at The Dukes, ring the box office on 01524 598500 or visit www.dukes-lancaster.org