Jonny & The Baptists' virtual show for The Dukes 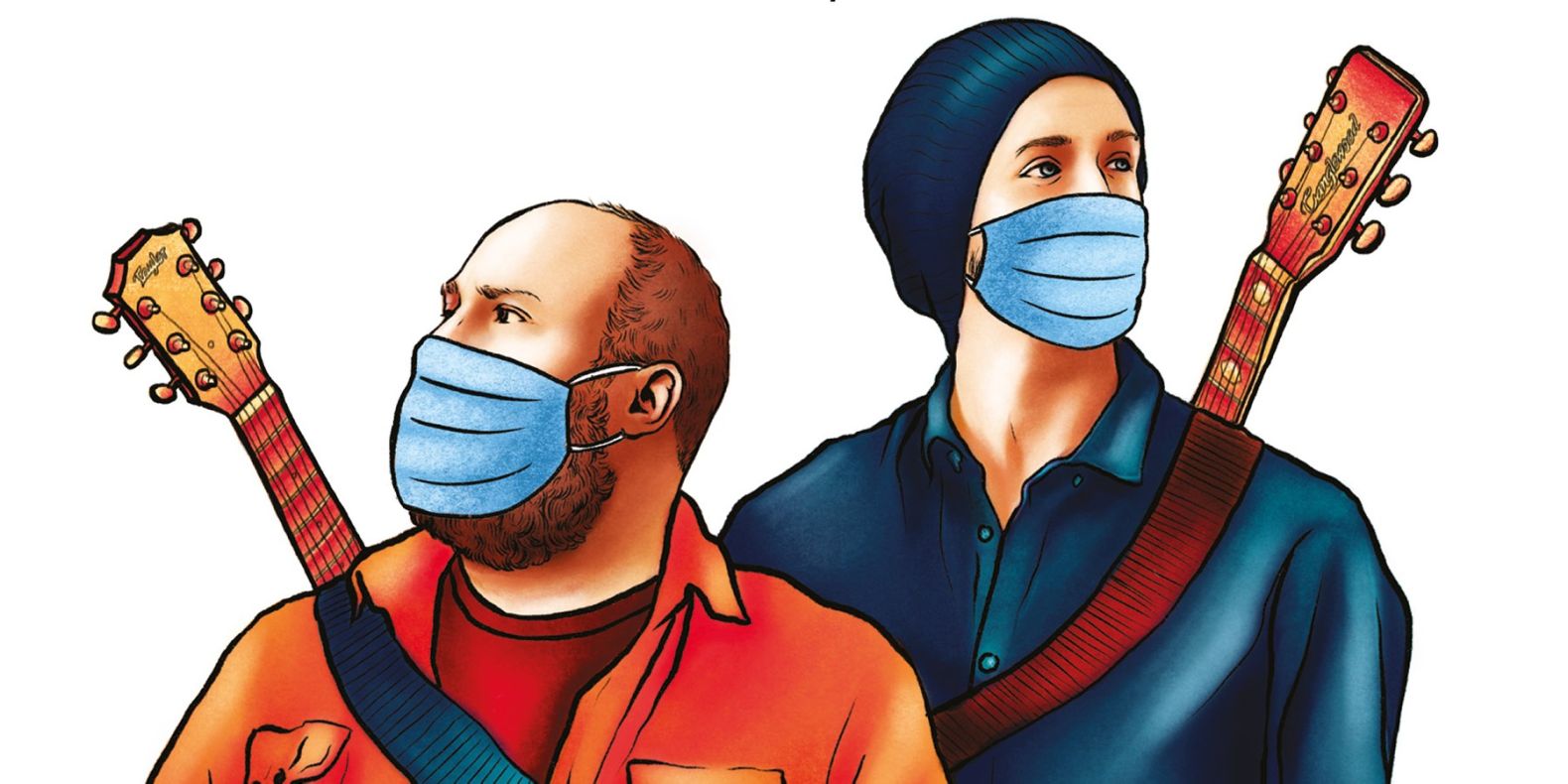 Last year, multi-award-nominated musical-comedy-silly-arses Jonny and the Baptists made a new show about love and their friendship. After a critically acclaimed Edinburgh run, they toured the show to more than thirty cities and towns across the UK. They were about to do another run of tour dates when suddenly it became impossible to leave the house and travel around, unless you’re friends with the Prime Minister (they're not).

So they're taking the show virtually on the road.

After an incredibly successful Leg 1 they’re partnering up again with more of their very favourite arts centres, theatres and comedy clubs. They'll be performing the show two metres apart from each other, live from the downstairs room in their (currently shut) local pub.

Each show will be performed as if from a different city and venue, via the power of live streaming. They'll be ‘visiting’ us here at The Dukes at 8pm on Thursday 24 September.

When the show’s about to start, the link to join will appear on your ticket, or you can access the stream link that will be emailed to you on the day.