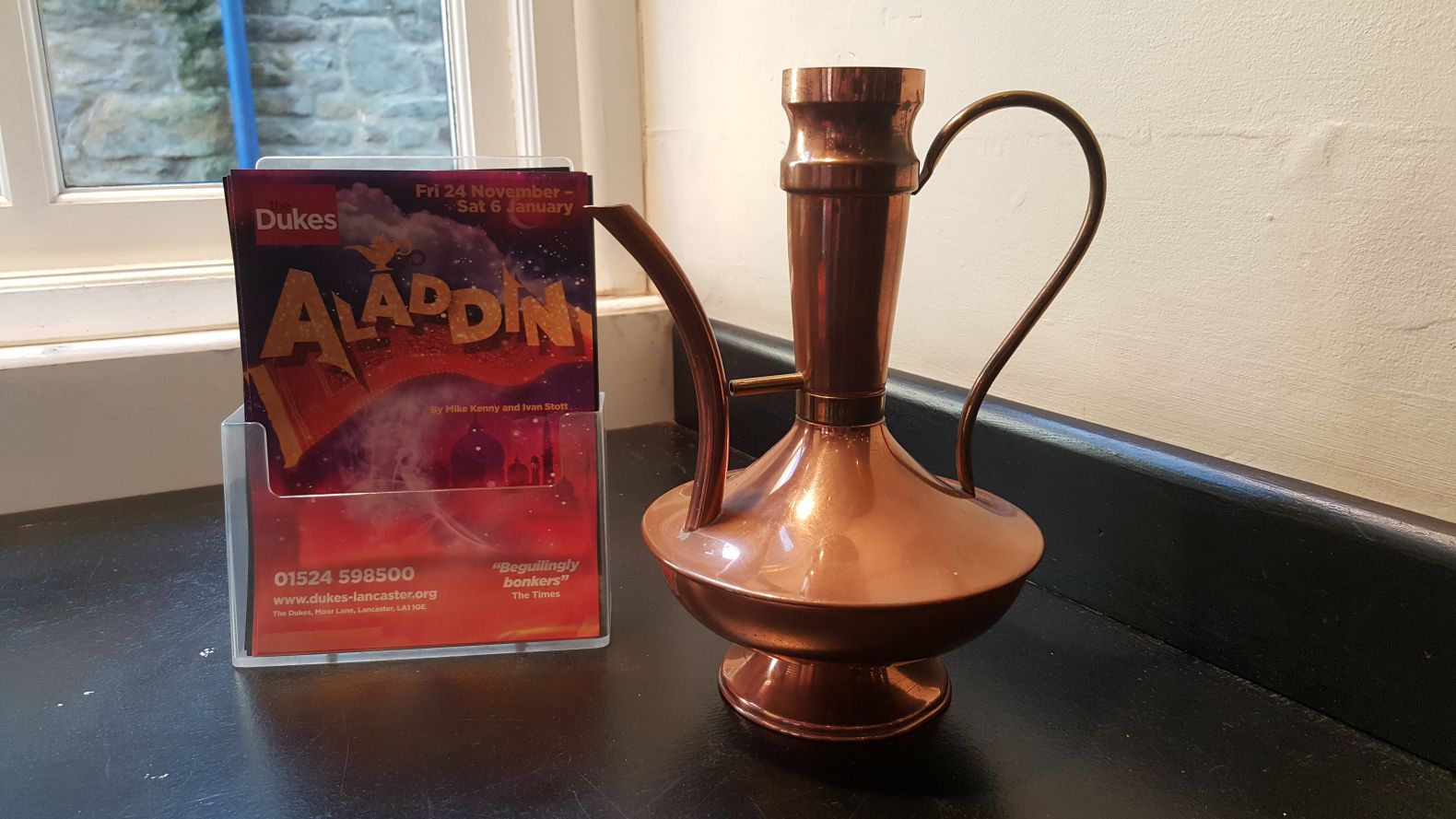 Aladdin is calling on local children to find his magic lamp which has gone missing!

He’s desperate to get it back for rehearsals of The Dukes forthcoming festive production which opens on November 24.

Aladdin has heard that some of the shops in Lancaster city centre have taken a shine to the lamp and are using it to brighten up their window displays.

As he’s so busy rehearsing, he’s asking children if they can spend some of their half term holiday to track it down.

Each morning from October 30-November 4, The Dukes will give a clue to the location of the lamp on their social media channels: Facebook and Twitter @TheDukesTheatre

When the magic lamp is spotted in a shop window, children should Tweet or Facebook a picture of it via The Dukes social media channels by 4pm.

Each day, a winner will be chosen on both Facebook and Twitter and they will win four tickets to see Aladdin which runs until January 6.

Aladdin will be performed in The Round and promises to be a show full of music, laughter and sparkle.

The competition has been organised by The Dukes in partnership with Lancaster BID.