Find out more about Film! 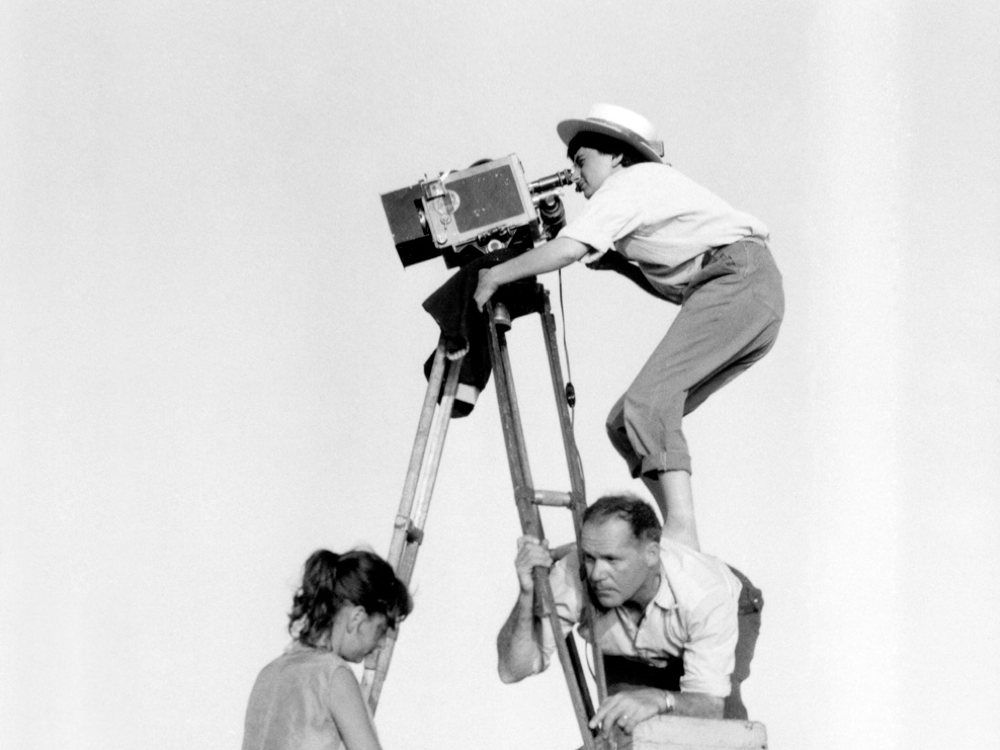 While our doors have been shut, we’ve been rounding up a selection of fantastic films you can watch on TV and streaming. But what if you want to dig a little deeper? For this blog we’re highlighting our picks for people who want to learn more about cinema and film history.

Filmmaker and critic Mark Cousins is perhaps best known for his book The Story of Film which he turned into a massive 15 hour documentary series in 2011. It’s an epic journey tracing the history of cinema, discussing films and filmmakers from across the globe. It’s available for £1 an episode on the BFI player or you can watch it for free at Kanopy if you have a Lancaster University library card.

Now Cousins has created a video essay style guide to film studies with 40 Days to Learn about Film. Told in his inimitable meditative style, the guide is split into 40 parts or can be consumed in one 135-minute sitting. Each segment discusses a different concept ranging from filmmaking techniques, to more esoteric themes like ‘Wedding Films’. This is a great opportunity to learn about film from one of artform’s great historians and thinkers.

You Must Remember This

For fans of classic Hollywood, You Must Remember This is an absolute must-listen podcast. Since 2014 American film critic Karina Longworth has been deep-diving into Hollywood history, uncovering “lost and forgotten stories.” Thanks to her knack for story-telling and exhaustive research she has deservedly amassed a cult following.

If you’ve not come across YMRT before, it is a treasure trove full of fascinating stories across 150+ episodes. The catalogue’s so big now it’s almost difficult to know where to begin but some of the seasons I would recommend are:

The podcast is free and is available in the apple store or can be found on various podcast apps.

There are currently loads of treats for film fans on iPlayer, the highlight of which is the return of Mark Kermode’s Secrets of Cinema. Each episode sees Mark take a particular genre and examine the techniques and tricks that make them tick. Sadly the first series isn’t online but the first two episodes of series two look at superhero films and British period pieces.

If you’re looking for something more bite-size, Inside Cinema is a series of short films (they range from 4-9mins) that take a look at mini film themes. Episode 16 in particular is a delightful look at the use of the humble knitted jumper in film.

The relatively new Life Cinematic is a brilliantly intimate interview series, that invites filmmakers to discuss not only their own work but also the films and people who have influenced them. The second episode features Hot Fuzz director Edgar Wright who speaks with infectious enthusiasm about Carrie and Raising Arizona amongst others.

Three-part documentary series Black Hollywood: 'They've Gotta Have Us' is also a fascinating exploration of the history of black actors and filmmakers in America, told through lively anecdotes from a wealth of stars, including Sidney Poitier, Harry Belafonte, Debbie Allen, Harriet director Kasi Lemmons and Moonlight director Barry Jenkins. You'll be adding a host of films to your 'to watch' list afterwards.

For school-aged film fans it’s worth heading to the website of Into Film.The film educational charity has made loads of their resources free and easy to access. There are activities and work packs including tips on film-making and film reviewing.

When you’re feeling confident, they run a review-writing competition on social media every two weeks. The winner gets a £20 Amazon voucher.