Our New Show - The Cold Facts 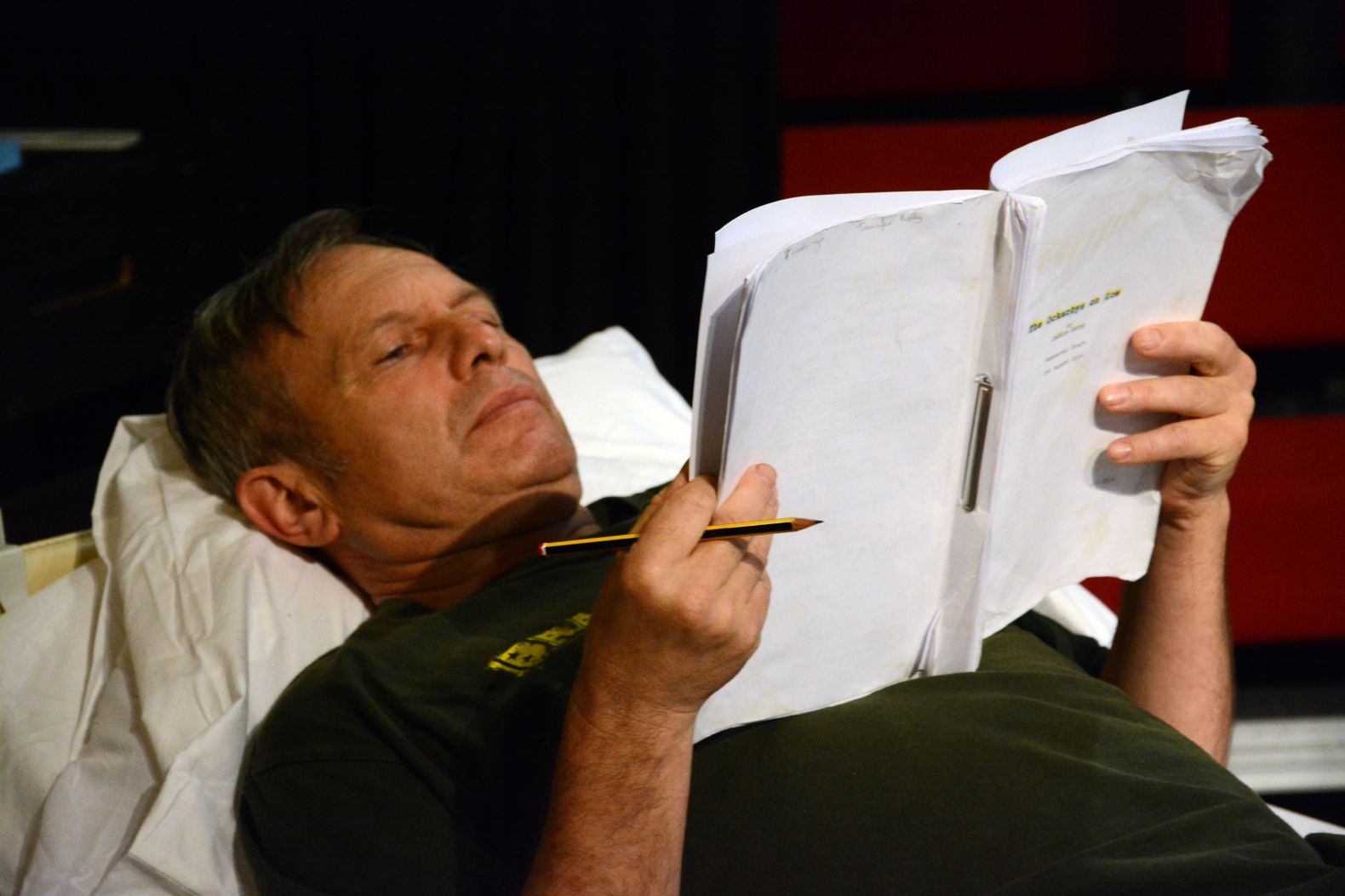 Here's David Crellin aka Dennis Ockerby checking his script during rehearsals and wondering what his character has let himself in for! The Ockerbys on Ice which opens here on September 30 centres on an ordinary couple's encounter with the cutting edge of medical science - namely cryonics. From the Greek word meaning cold, cryonics uses ultra-cold temperatures to cryopreserve humans in the hope that future scientific advancements will allow them to be restored to full health. Those who support the procedure believe that no-one is really dead until their mind is destroyed and this can be prevented by keeping their body at a very low temperature. Currently, around 300 people in America and Russia have been cryopreserved and more than 1,000 people who are still legally alive are on cryonics waiting lists with more facilities opening in America, Australia and Europe soon. Contrary to urban legend, Walt Disney has not been cryopreserved nor has Timothy Leary who, though a cryonics advocate throughout his life, changed his mind shortly before death and did not undergo the procedure. Dr James Bedford was the first person to take the plunge in 1967 and the anniversary of his cryopreservation is known as Bedford Day. A psychology professor, Dr Bedford suffered from cancer and is still ‘on ice’ to this day. So far, it is mainly science-orientated men who have been most interested in being cryopreserved with most of the cost being covered by insurance. Cryonics continues to be the subject of many ethical arguments among the medical and wider community though other ways of prolonging life have now become commonplace. Thanks to many medical advances across the centuries, people are now able to be cured of illnesses and conditions which would have killed their ancestors. And thousands of people have been given a second chance at life thanks to improvements in resuscitation procedures and innovations such as organ transplants. So perhaps cryonics is something ordinary folk – like the Ockerbys – might well consider normal in years to come.