Once More Unto The Dukes For Henry V 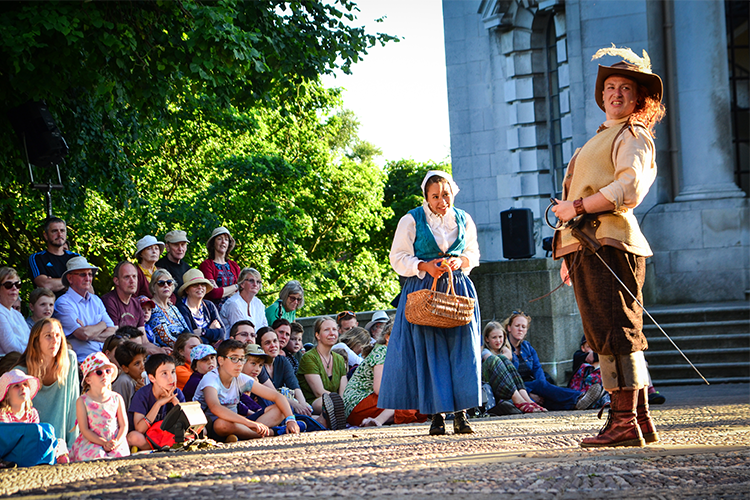 We're delighted to welcome back Shakespeare at the Tobacco Factory in October with their new production of Henry V.

And playing the title role will be Ben Hall, an actor with a strong theatrical pedigree.

Ben, who appeared in the first two series of popular television drama, The Durrells, is the grandson of the acclaimed theatre director, the late Sir Peter Hall and veteran film star, Leslie Caron.

Ben’s most recent theatre credits include the Royal Shakespeare Company’s productions of Coriolanus and Salome though this is the first time he has joined Shakespeare at the Tobacco Factory, a Bristol-based touring ensemble with a great reputation.

The company have appeared several times at The Dukes, most notably in 2015 when their production of Romeo and Juliet starred Paapa Essiedu who went on to become the first black actor to play Hamlet at the RSC.

They are taking Henry V on a UK tour for the first time and director, Elizabeth Freestone is excited to be working with such a talented cast.

“Our ensemble company relish digging into this exciting play, portraying the whole of society on the Agincourt battlefield – kings, captains, soldiers and civilians,” Elizabeth said.

“The questions Shakespeare raises about leadership, national identity and the cost of war are at the forefront of all our minds.”

Henry V is a thrilling examination of the nature of power, exploring the burden of leadership and exploding the myth of heroism.

During its run here from October 16-20, there will be an after show talk back following the first performance on October 16.