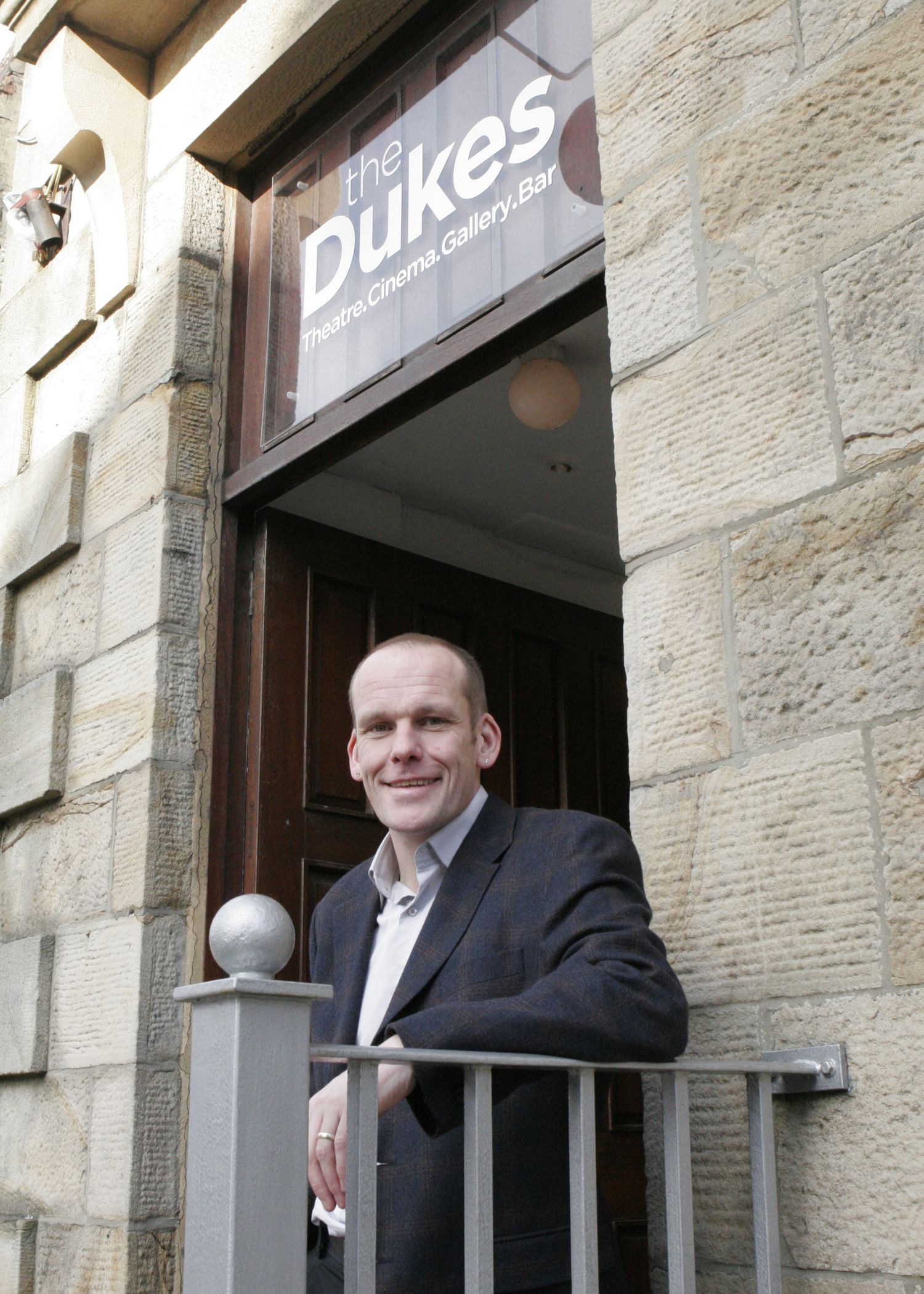 Our Artistic Director, Joe Sumsion, will be leaving us in February.

Joe, who joined The Dukes in 2007, will be taking on new roles as a freelance director and university lecturer.

The Dukes Chair, Gary Rycroft said: “On behalf of The Dukes, I congratulate Joe on the success he has had here and thank him for his outstanding and unstinting commitment to the organisation.

Whilst we are sorry to be losing Joe we have no doubt that he will be successful in his new role and wish him every success.”

Joe added: “It has been a privilege to lead such a fantastic organisation over nine exciting and fulfilling years. I think and hope that the company has benefitted from my ambition and commitment and that it’s in a better shape than when I found it.”

Over the past nine years, Joe has directed and produced a number of hugely successful plays including locally inspired productions such as Sabbat and Quicksand as well as spectacular park shows.

His most recent outdoor walkabout production of The Hobbit was one of our most successful shows in recent years. The final play Joe will direct for us as Artistic Director is The Ockerbys On Ice which runs from September 30-October 22.

As well as directing plays, Joe has also led a team who have opened up the doors of The Dukes to welcome in all aspects of the community, taking our philosophy and ethos to places it has never been before.

Since 2014, Joe has shared the leadership role with Executive Director, Ivan Wadeson, which has proved a successful partnership, returning The Dukes to a profitable balance sheet.

“The new Artistic Director will have a great opportunity to be at the forefront of an organisation in a strong position and to take The Dukes into the next exciting phase of its development,” Gary said.

The process of recruiting a new Artistic Director will begin in September.