Get Your Claws Into This Tea-Time Treat 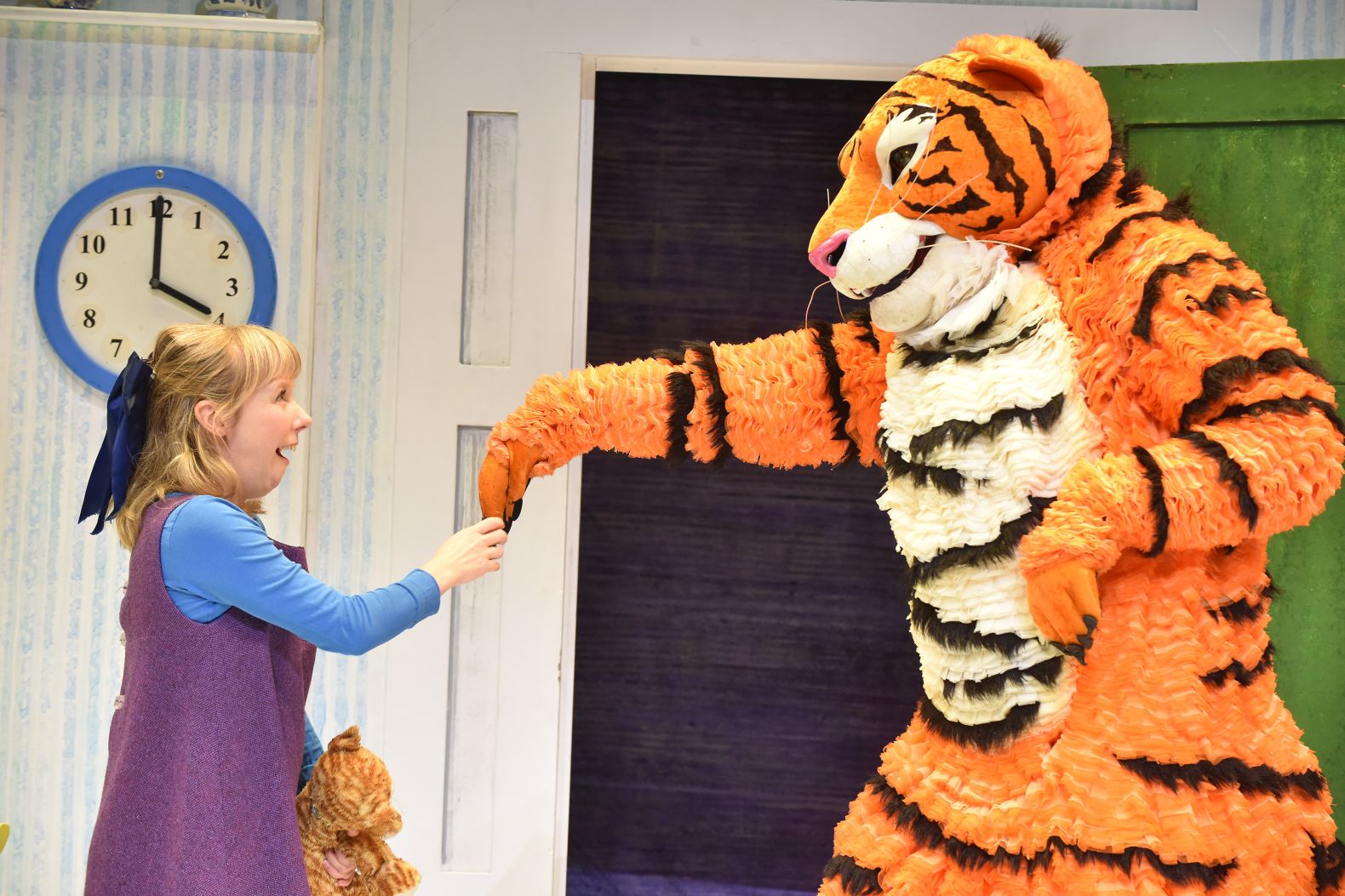 Fresh from its 10th anniversary on stage and more than 50 years as Britain’s best-loved picture book, we are delighted to welcome The Tiger Who Came To Tea this April.

This musical play adapted from Judith Kerr’s classic tale is the ideal introduction to theatre for children aged three and above and the perfect treat for the whole family.

When Sophie and her Mummy welcome the hungry Tiger to tea, he proceeds to eat all the sandwiches, buns, biscuits and more. He even manages to drink all the water in the tap! What will Sophie’s Daddy say when he gets home?

This musical slice of teatime mayhem is filled with sing-a-long songs, oodles of magic and interactive fun.

The Tiger will be guzzling tonnes of tea and cake while at The Dukes as there are performances at 1.30pm and 4pm on April 12 and at 11am and 2pm on April 13.

As a pre-show taster, here's an interview with Judith Kerr who wrote the original book:

Q: The Tiger Who Came to Tea celebrated its 50th anniversary last year. What do you think makes the story so timelessly popular?

A: I think because it was a bedtime story for my three-year-old daughter and I put in all the things that she liked and she seems to have had normal tastes. I’d made up other stories for her but this was the one my daughter said she liked best, about a tiger who came to tea. She used to say 'Talk the tiger!' and so I told it so many times. I was very pleasantly surprised when they said they’d publish it. I certainly had no idea that it would be the success it has become.

Q: What was your inspiration for The Tiger Who Came to Tea?

A: Quite often we went to the zoo. In those days, before David Attenborough, it was the only way you could see animals. We found the tigers just so incredibly beautiful.

Q: Which do you enjoy most? Writing or illustrating? Why?

A: Illustrating, because I always wanted to draw from a young age and I can’t remember a time when I didn’t want to. Even now, I try to draw every day if I can. My visual memory holds on to things – how people move and walk on the street, how their trousers hang. Those things stay with you.

Q: What do you like to see most in children’s literature today?

A:I love illustrators and it’s a wonderful time for children’s illustration and illustrated books and not just picture books. I have done an illustrated chapter book myself called Mister Cleghorn’s Seal, that was published a few years ago.

Q: Who was your favourite author as a child when you were growing up?

A: I loved to read fairtytales, particularly when they were illustrated.

Q: You seem to know instinctively what sparks a child’s imagination, is there anything in your own life that has enabled you to write in that way?

A: I suppose it was from watching my own children when they were small and working out what they liked. I wasn’t able to work before my children stayed for lunch at school. I think I must have a good memory as I remember such a lot of my own childhood and especially the time leaving Germany and coming to Paris and London.

Q: What do you consider to be your greatest achievement?

A: I suppose it has to be surviving until 95!

Q: The Tiger Who Came To Tea also celebrates over 10 years on stage. What do you think David Wood has brought to the stage adaptation of ‘Tiger’?

A:  A brilliant imagination and years of remarkable expertise.

Q: Do you have a favourite song from the stage show?

A: My favourite is the song Different In The Dark.

Q: Do you have a motto for life?

A: Not so much a motto, but I would say work is a great help.