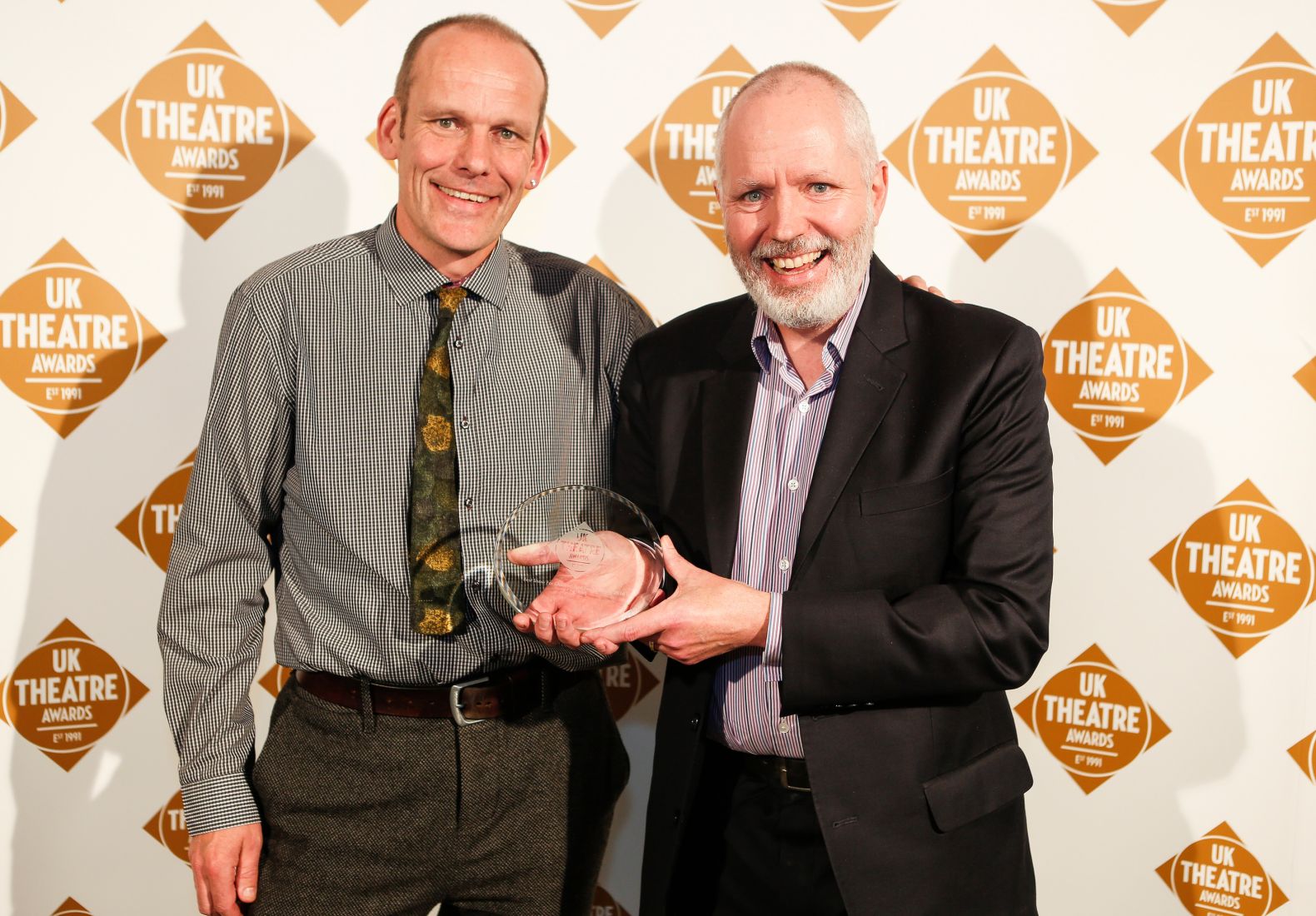 We're thrilled to report that our summer 2016 outdoor walkabout production of The Hobbit has won a prestigious UK Theatre Award! At Sunday’s glittering ceremony in London, The Hobbit scooped the award for Best Show For Children And Young People. Our Artistic Director, Joe Sumsion and Executive Director, Ivan Wadeson were presented with the award by actor, Don Warrington. Ivan said: "The Hobbit thrilled audiences for six weeks this summer in Williamson Park. Everyone at The Dukes is equally delighted to learn it thrilled the UK Theatre Awards panel of professionals and critics too. It's great to know that in the small city of Lancaster we can produce events that can compete with major cities and larger theatres across the UK." Since 1991, the annual UK Theatre Awards have celebrated the creative excellence and outstanding work seen in theatres nationwide each year. Nominations for the Best Show For Children and Young People Award were made and voted on by a panel of theatre industry experts, mostly critics, chaired by Julian Bird, UK Theatre Chief Executive. Our version of The Hobbit ran during July and August and attracted more than 17,000 people from Dundee to Windsor and as far afield as North America to Malaysia. Its awardwinning director, Joe Sumsion, has also directed our current inhouse production of The Ockerbys on Ice which runs until October 22. We have been presenting outdoor walkabout productions since 1987 and will celebrate our 30th anniversary in Williamson Park next year with Treasure Island. The UK Theatre Awards demonstrate the breadth and depth of outstanding talent and achievement in theatre and the performing arts throughout the United Kingdom, on and off stage. The Awards ceremony took place at Guildhall in London and was hosted by Lesley Manville. Among the guests were Vanessa Redgrave who won The Gielgud Award For Excellence In The Dramatic Arts and Sir Ian McKellen who was presented with the Outstanding Contribution to British Theatre Award.