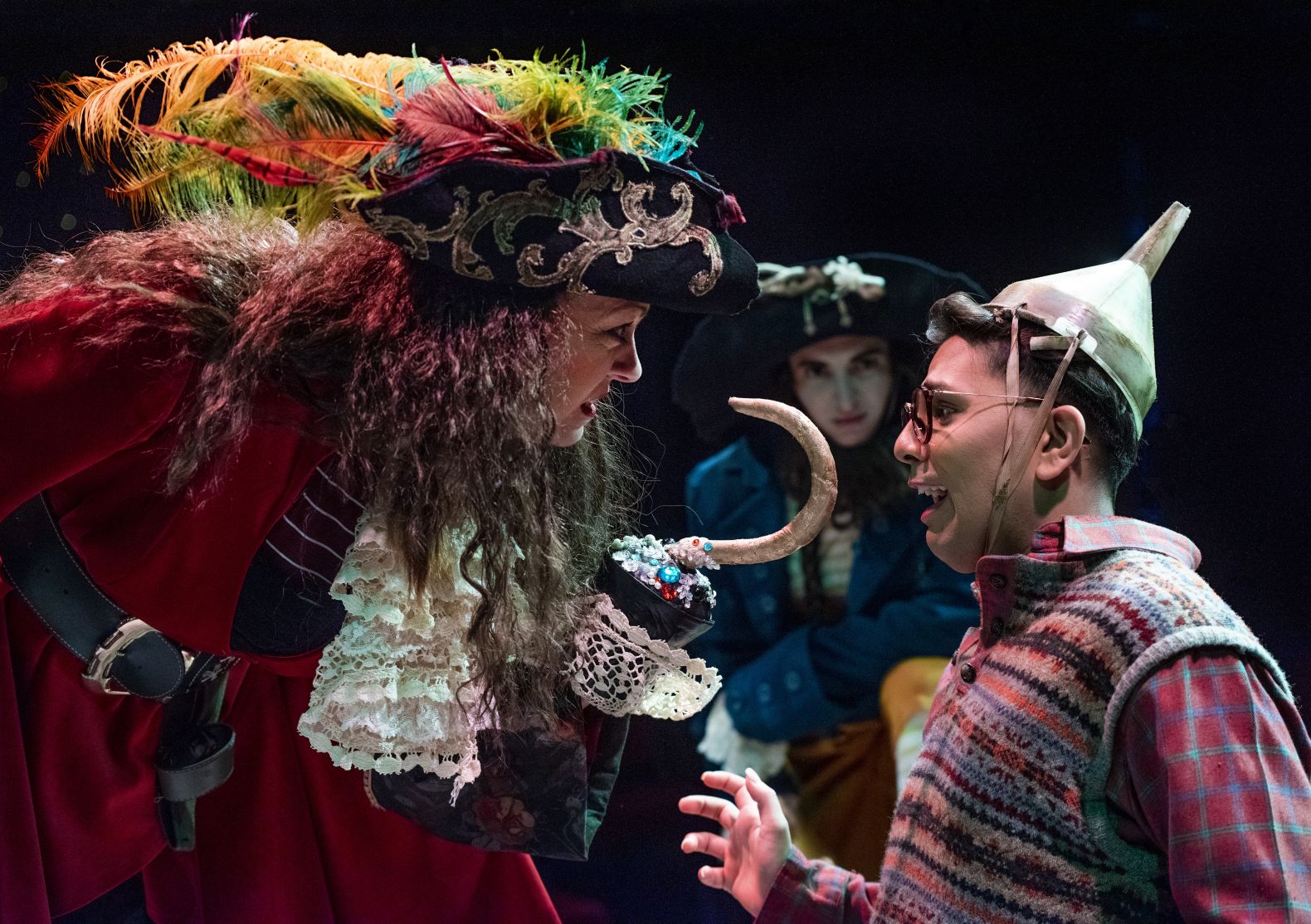 Our Captain Hook - Helen Longworth - is proving a particular hit as Peter Pan continues its run in The Round and she’s relishing her baddie role.

“I don’t get to play these sort of roles very often and I’m loving every moment,” said Helen.

And one of the show’s biggest fans is Helen’s five-year-old son even though he was a little upset when he saw his mummy being eaten by a crocodile when he attended a performance early in the run.

“It’s been an amazing play to work on and it’s an added bonus that I’m in a show so near home,” said Helen who also appeared in our production of Aladdin last year.

Helen has been fitting up to 11 shows a week into a busy schedule which also includes appearing in The Archers on Radio 4.

She plays Hannah Riley, a pig farmer, who has returned to Ambridge after a 10 year absence.

But radio drama is nothing new to Helen who trained at RADA and was twice a member of the BBC Radio Drama Company. She has also toured extensively including on board the Queen Mary 2 during its transatlantic crossings.

More locally, Helen was involved with Demi Paradise Productions at Lancaster Castle, playing Queen Anne in Richard III and on several occasions compiled and appeared in their Christmas show, Deck The Hall.

She regularly provides the interval entertainment for our dementia friendly film screenings and recently completed the research and development phase of Ladies That Bus, a new project due to tour in 2020 in association with The Dukes, Theatre By The Lake and Brewery Arts.