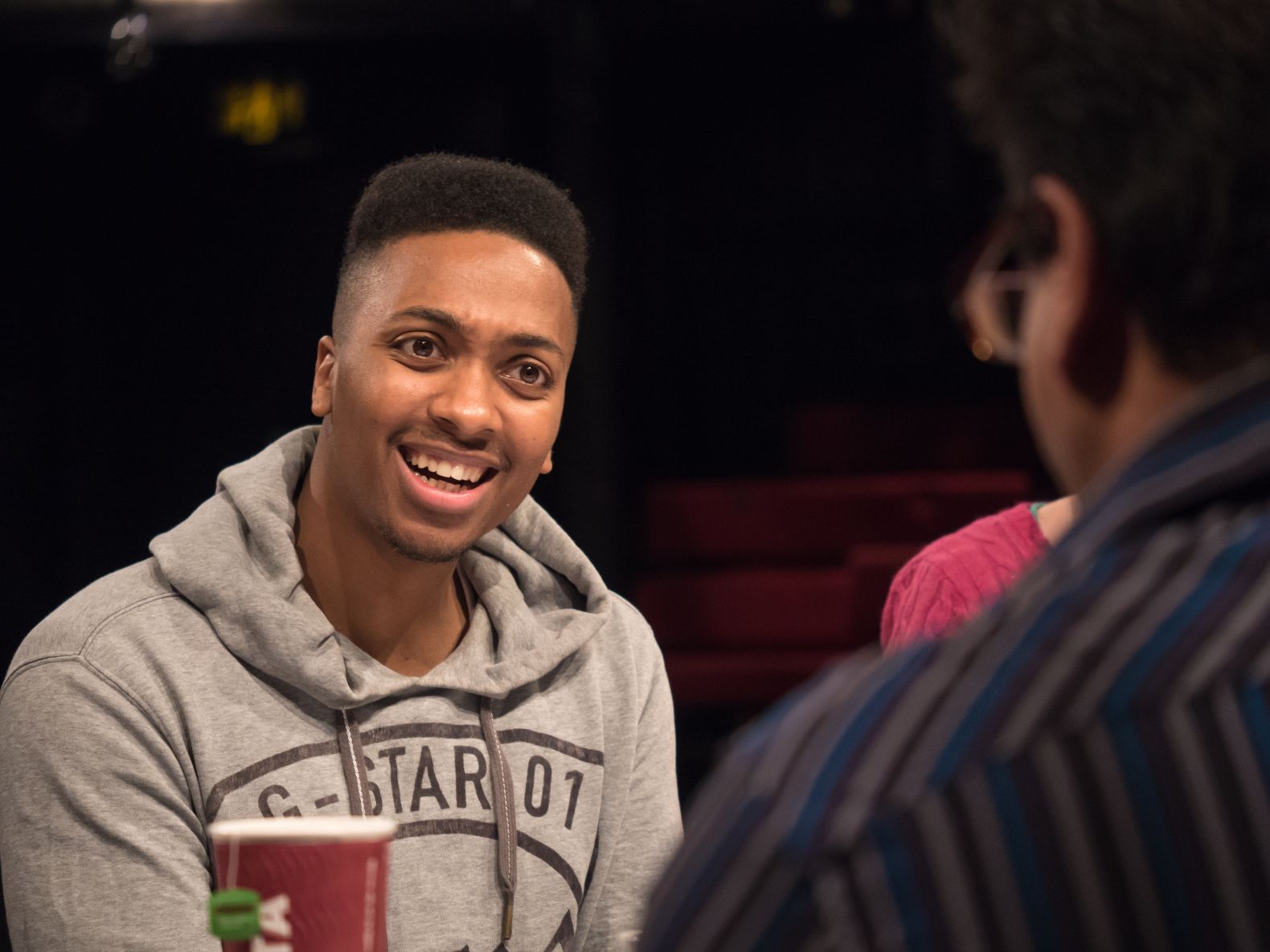 Aladdin has now arrived at The Dukes and he's busy rehearsing for our Christmas production.

The famous storybook character is being played by Marcquelle Ward, star of the ITV series Britannia High, who was award nominated for his debut West End role as The Rum Tum Tugger in Cats at the London Palladium in 2015.

He's joined by a strong supporting cast being directed by our new Artistic Director, Sarah Punshon.

“I’m thrilled that the first show I’ll be directing at The Dukes will be a boisterous and brilliant retelling of Aladdin,” said Sarah who joined us in May.

“I’m a huge fan of Mike’s Kenny’s awardwinning writing and am delighted to be able to work with him on his energetic take on a much-loved tale.”

Aladdin runs from November 24-January 6 in The Round where we have been staging our festive productions for the past five years. The intimacy of the space has proved a hit with families who enjoy being close to all the action, fun and live music.

And there’ll be plenty of magic and music, laughter and sparkle in this production of Aladdin: “Mike and I have enjoyed adapting the script especially to The Dukes unique space – and Mike has written us two new songs in addition to the fantastic original numbers,” said Sarah.

Audiences will join Aladdin and the Genie as they embark on a journey of discovery, danger and romance. The everyday is transformed into the exotic in a world where the carpets are magical and the wishes unlimited.