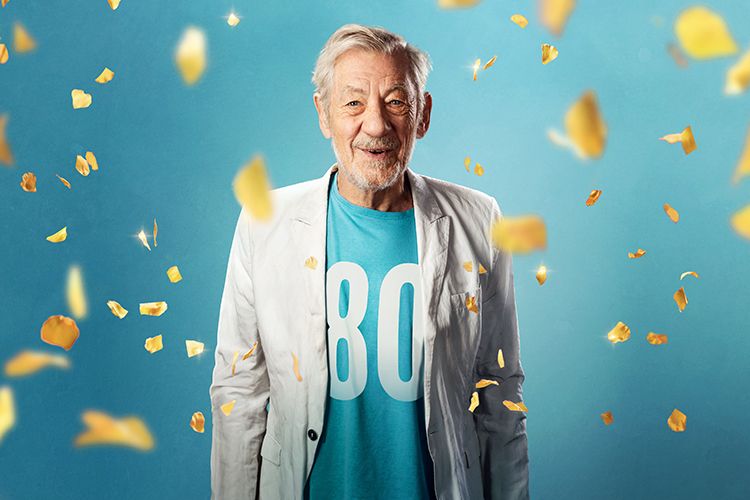 We are excited to announce that Sir Ian McKellen will make his Dukes debut next May to celebrate his 80th birthday year.

The acclaimed actor of stage and screen will bring his new solo show here on May 28, 2019 – just three days after his actual birthday - during a tour of 80 stages across the country with which he has personal connections. All profits will benefit specific causes at each theatre.

Sir Ian said: “As a Lancastrian, touring the country with my new solo show, I wanted to make my debut at The Dukes theatre. It will be an opportunity to remember my youth as well as act Shakespeare and others, in support of the summer walkabout play in the park.”

Sir Ian last visited The Dukes privately in February 2017 to see one of our homegrown productions, I Was A Wife but has never performed on our stage before.

His new intimate show is a mixture of anecdote and acting, including Tolkien, Shakespeare, others…and you, the audience.

“The show starts with Gandalf and will probably end with an invitation to act with me on stage. In-between there will be anecdotes and acting,” said Sir Ian.

“Live theatre has always been thrilling to me, as an actor and in the audience. Growing up in Lancashire, I was grateful to those companies who toured beyond London and I’ve always enjoyed repaying that debt by touring up and down the country myself.”

The show is presented by Ambassador Theatre Group whose Executive Producer, Adam Speers said: “The UK’s regional venues are integral in supporting and developing artists and practitioners across all areas of the theatre, both on and off stage.

This special show is a rare and excellent opportunity to celebrate what’s best in our industry while at the same time celebrating one of its greatest actors and raising vital funds to keep the lifeblood of theatre in this country flowing.”

Tickets are priced £40 for rows A-H and £35 for rows J-M. Priority booking in person or by phone for Friends of The Dukes runs from November 9 until 10am on November 13 when booking is open to the general public at the box office on 01524 598500 or visit www.dukes-lancaster.org