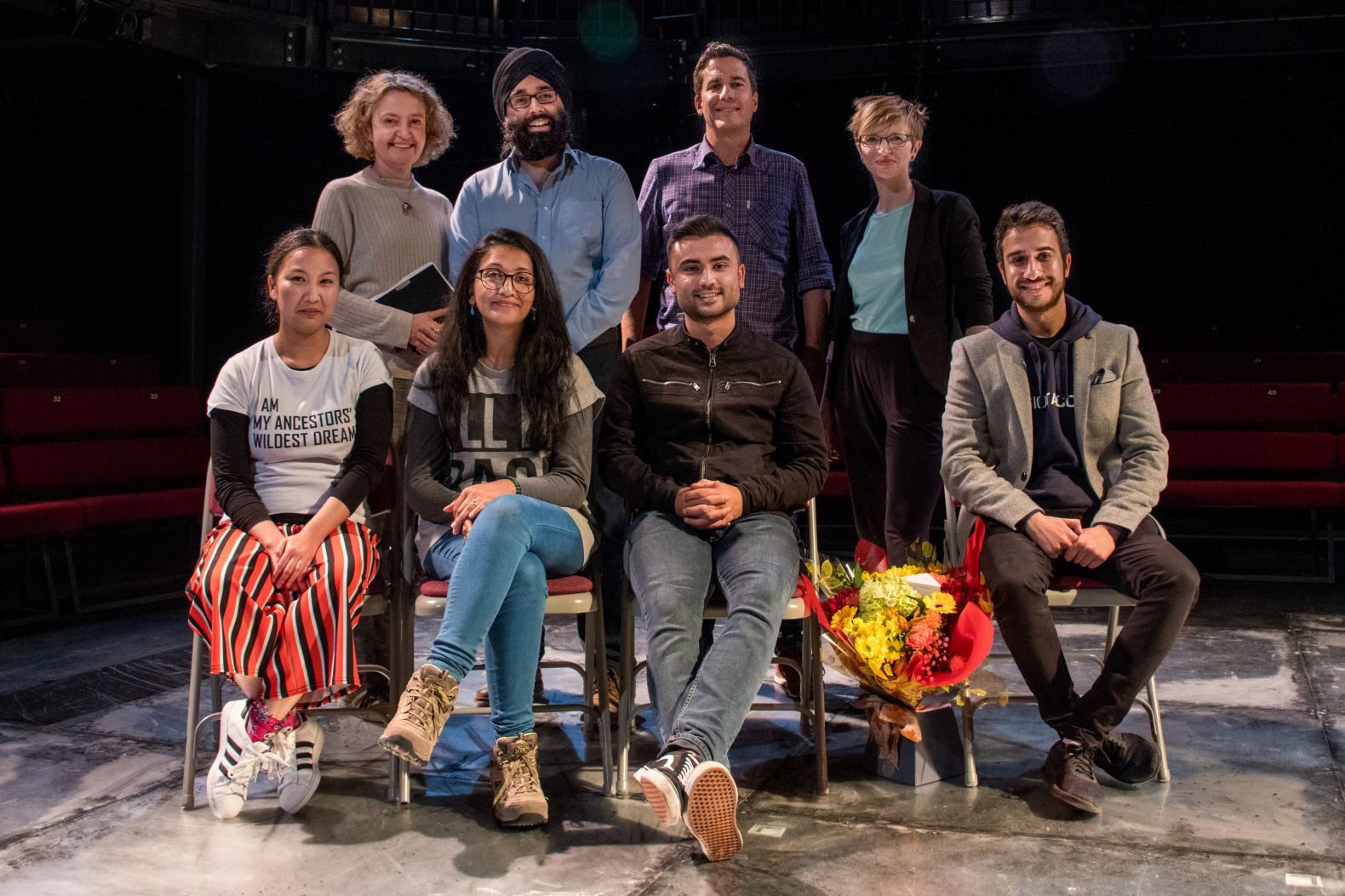 A play about the aftermath of a terrorist attack has won the first ever Lancaster Playwriting Prize announced here at The Dukes.

Breaking News was written by Adam Kotwal, a Lancaster University graduate from Bolton who received the prestigious prize during a special showcase.

His tragicomedy focuses on a group of friends for whom life will never be the same after they witness a terrorist attack. It was a reaction to atrocities in Manchester, London and Paris.

Breaking News is the first play 24-year-old Adam has written and he was in total shock at winning the Prize.

“Before entering this competition, I just wrote for my own amusement but I would love to be able to write full-time and this Prize has afforded me a unique opportunity,” Adam said.

The inaugural Lancaster Playwriting Prize aimed to discover new voices from culturally diverse backgrounds. Adam won a £1,500 cash prize and will become a Tamasha Playwright in 2019.

The London-based Tamasha Theatre Company support emerging and established artists from culturally diverse backgrounds and East is East is among their successful plays.

As a national touring company, they have a commitment to nurturing new talent from across the UK, and a genuine need to find and champion regional voices.

Tamasha Artistic Director, Fin Kennedy said: “At Tamasha we were thrilled with the standard of applications for the Lancaster Playwriting Prize’s inaugural year.

We were also struck by how many first-time writers had entered and how many had written new plays specially to enter. We seem to have tapped into some genuinely undiscovered diverse new writing talent in the region which is very exciting indeed.

We are looking forward to welcoming some of them as new members of our Tamasha Playwrights group and working with them all over the coming year.”

Lancaster Playwriting Prize is an initiative arising out of The Dukes Cultural Partnership with Lancaster University.

It is supported by Tamasha Theatre Company and the actor and Lancaster University graduate, Lucy Briers who announced the winner at the showcase where guests heard extracts from all five shortlisted plays.

Naomi Sumner Chan from Stockport received a £500 bursary to spend developing her next piece and mentoring from Freedom Studios in Bradford and  Leanne Alabi from Warrington won a £500 bursary and an attachment shadowing and receiving mentoring from Lancaster University Creative Writing Lecturer, Tajinder Hayer during development of his production with The Dukes.

Leyland’s Lewis Wren was awarded a £500 bursary and an attachment shadowing and receiving mentoring from Nick Ahad during the development and rehearsals of his forthcoming production of Glory with The Dukes and Red Ladder Theatre Company, while Santoshi Mann, originally from Blackburn, has the opportunity to become a Tamasha Playwright 2019 including travel expenses to London.

In its first year, the prize focused on BAMER (Black, Asian, Minority Ethnic and Refugee) playwrights of any age or experience, resident in the North West and more than 30 plays were submitted.

Lucy Briers and Fin Kennedy, were among the panel who chose the winners. Other judges were The Dukes Artistic Director, Sarah Punshon; Tajinder Hayer, and Aisha Khan, Co-Artistic Director of Freedom Studios.